The Pac-12 is a collegiate conference in the western United States including universities such as the University of Washington and Stanford University. Higher education institutions including those in the Pac-12 use social media to keep their entire community engaged.

Universities in this Social Landscape 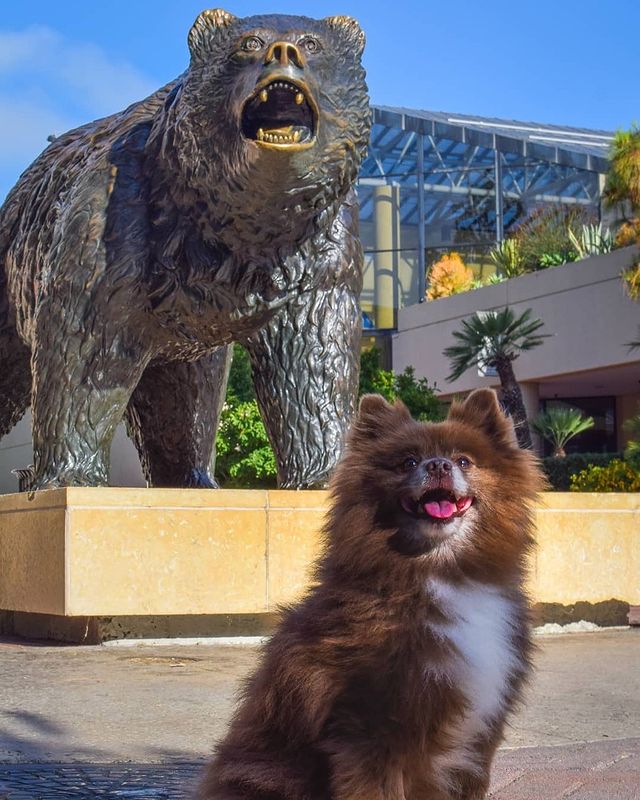 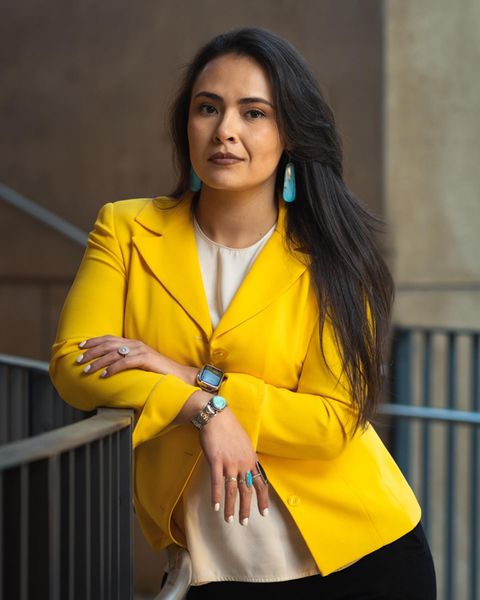 “Navi towa hahweh Yunpoví. Navi Americana hahweh Elizabeth Reese. Nah Nambé Owingeh we ang oh mu. My name is Elizabeth Reese, Yunpoví, and I am from the Pueblo of Nambé. I was born in a house that was originally built by my great-grandparents out of traditional adobe brick, and I grew up praying in one of … 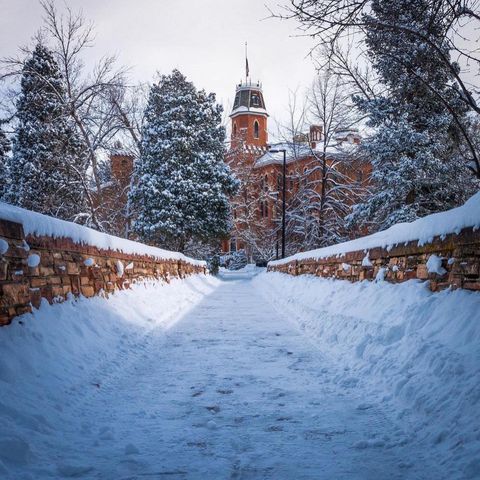 Whenever snow is in the forecast, we hope for views like these 💛❄️🖤 📸: isabellamedina0517 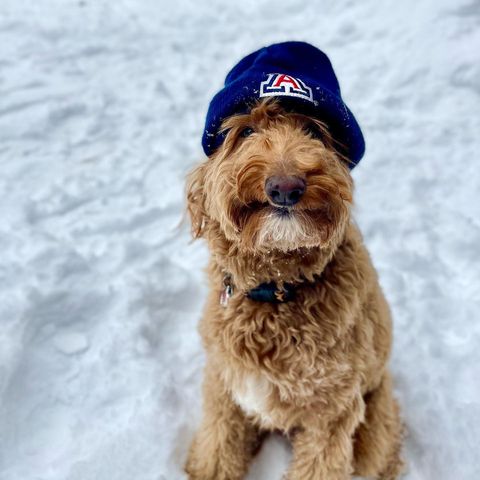 Lions and tigers and Bear Downs, oh my! It’s #WildcatFriday, and we love seeing so many furry friends in their Arizona gear for #NationalDressUpYourPetDay today! 😻 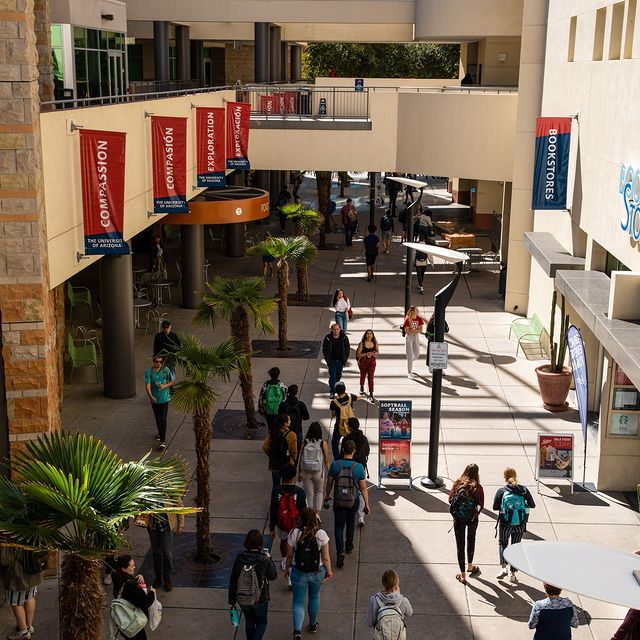 Welcome back Wildcats! What are you most excited about this semester? 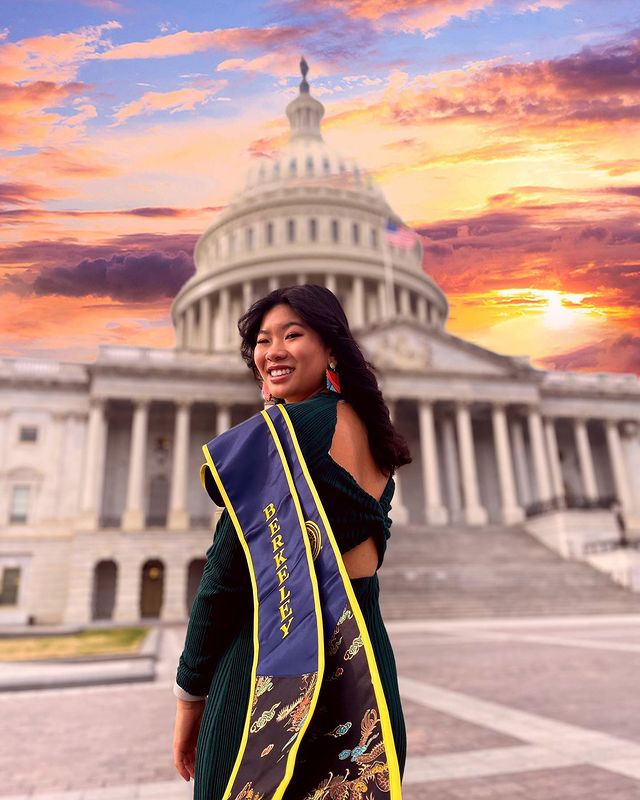 Dear Self, Don’t forget what your long, emotional nights at Moffitt, and the friends, family, professors and GSIs who believed in you, reminded you of: “So long as you do your best, your best is enough.” Reaching this peak has truly been a journey. You have overcome struggling with an eating disorder, sexual assault from a toxic … 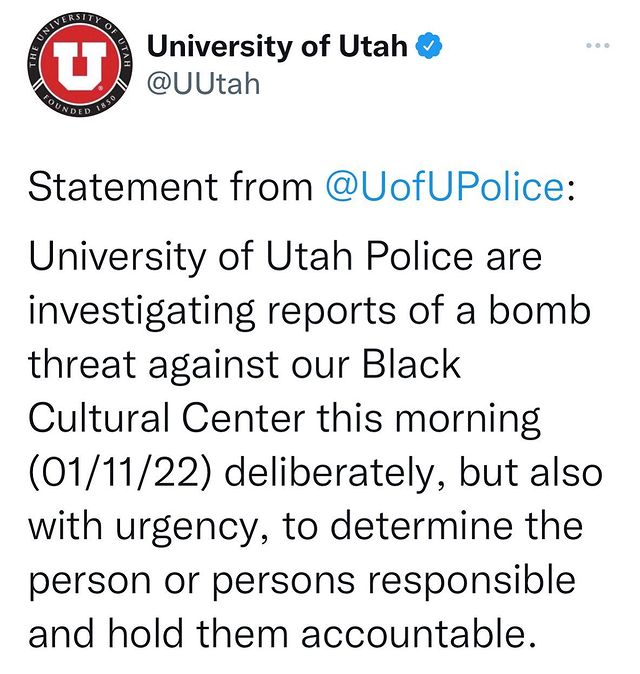 The entire statement from uofusafety below: University of Utah Police are investigating reports of a bomb threat against our Black Cultural Center this morning (01/11/22) deliberately, but also with urgency, to determine the person or persons responsible and hold them accountable. Briefly: Early Tuesday morning, a crisis center call line in Hollywood, California received a call alleging … 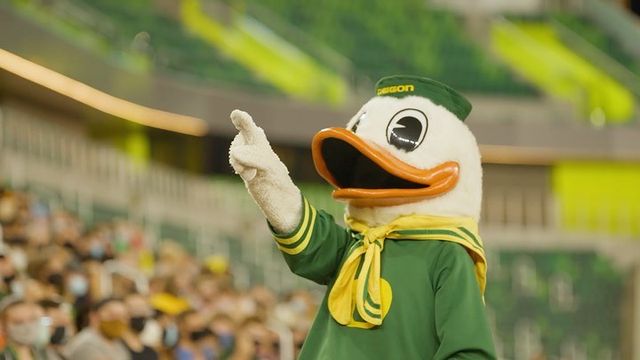 The Duck wants YOU to join the flock. Apply by January 15. 💚🦆 ⬇️ Tag someone you know who has applied! 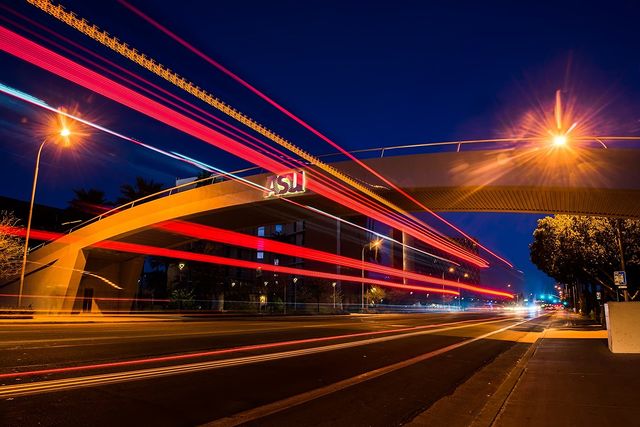 #DYK The steps of the ASU Palm Walk Overpass were designed by a chiropractor! 💪They were created in such a way as to minimize the pressure on the lower back and legs. ⚡The overpass also houses power lines which connect the north side of the campus to central campus buildings. 🌴Spanning University Drive, the bridge serves as the … 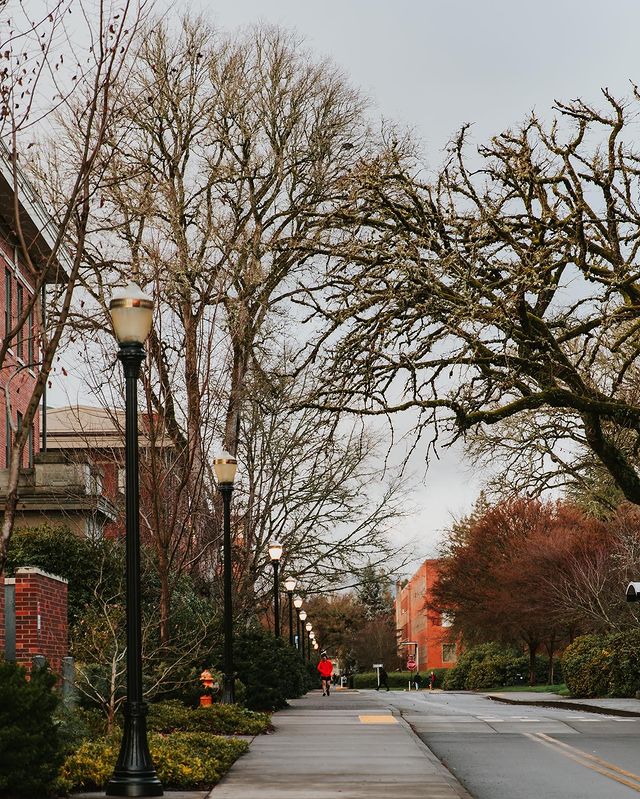 As another week comes to an end, we encourage you to take some time for yourself this weekend. Breathe. Listen to your favorite song. Get ahead on some assignments. Get outside. Have an amazing weekend #BeaverNation ⁣ ⁣ #GoBeavs #OregonState 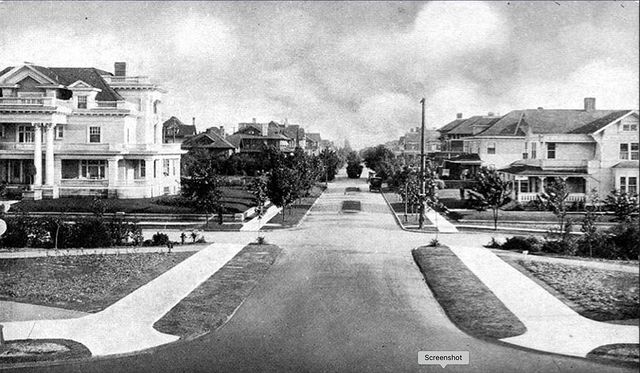 In 1917, just south of Volunteer Park, there was a street called Millionaire’s Row — aka the Volunteer Parkway. The residents of Millionaire’s Row were known to have made an impact on the economic, civic, social and political development of Seattle during the early 20th century. For instance, resident Samuel H. Hedges' Puget Sound Bridge and … 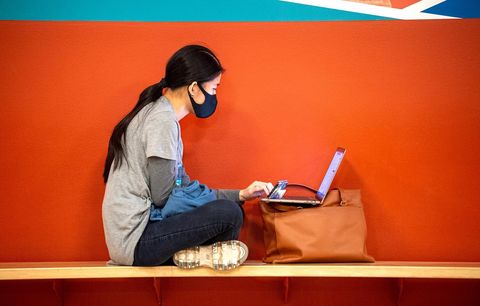 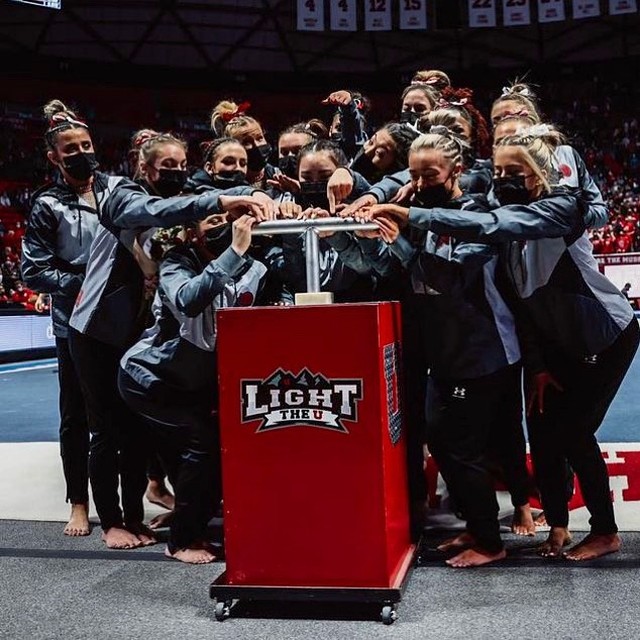 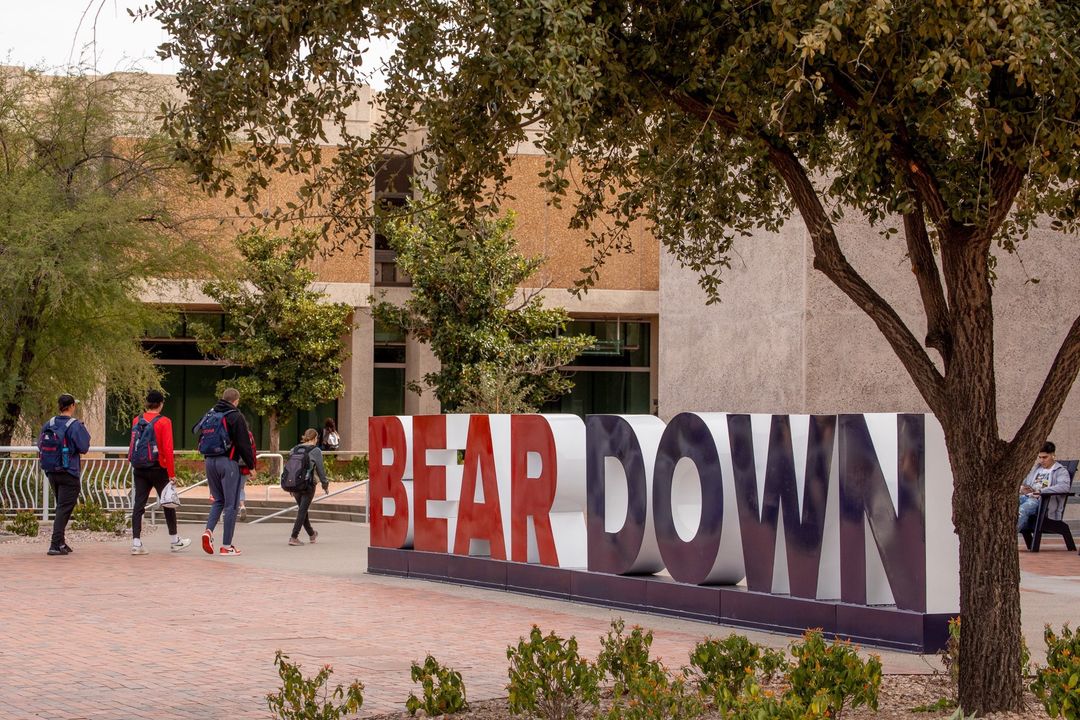 Nothing is better than seeing students back on campus after a long break. Welcome back, Wildcats! 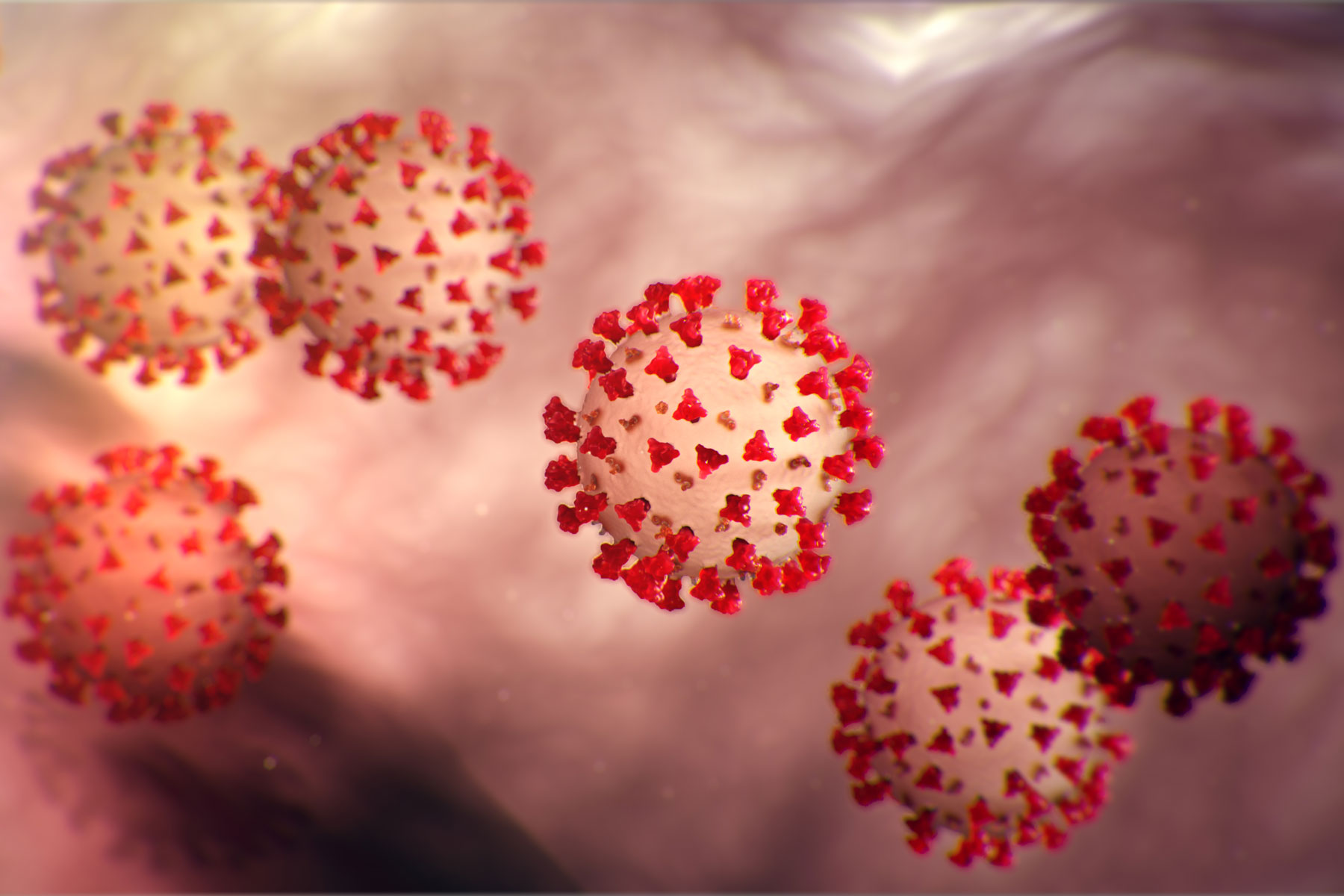 "We are uniquely qualified to make change because of who we are." Elizabeth Reese, the first Native American faculty member at Stanford Law, is working to shatter invisibilities that she says have been comfortably the status quo for far too long. 🗞: https://stanford.io/3tjxij8 | #MeetOurFaculty 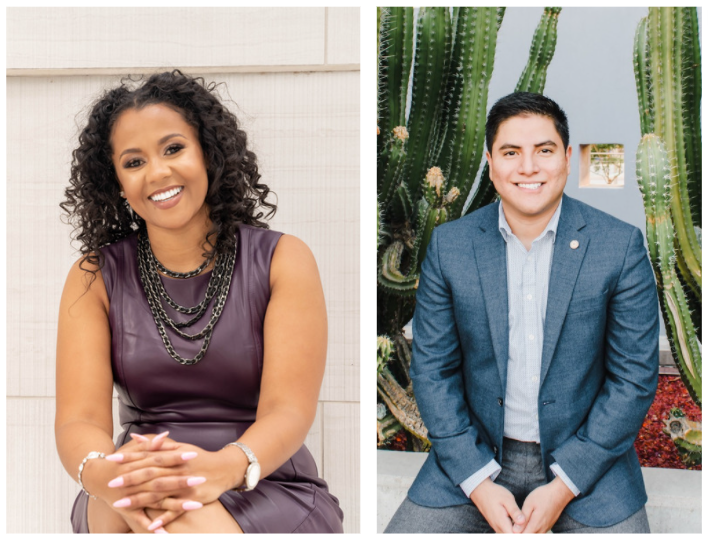 For the first time in its 37-year history, the committee has selected two ASU students to honor with the 2022 Student Servant-Leadership award. Congratulations! 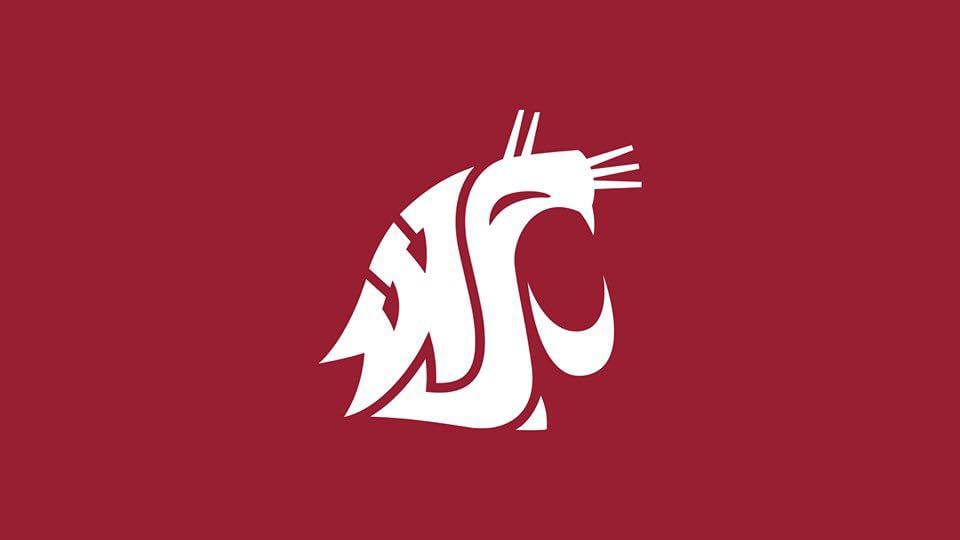 Cougs, tell us about a time you got a “Go Cougs!” away from #Pullman. On vacation, or maybe at work? Randomly in an airport? Let us know in the comments! 🐾 #WSU #GoCougs 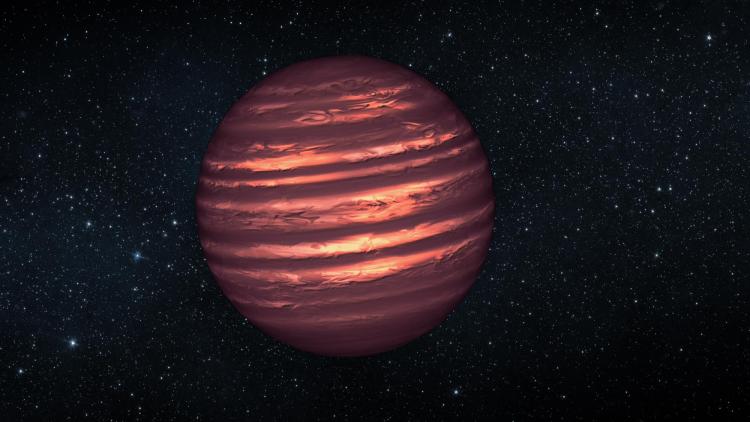 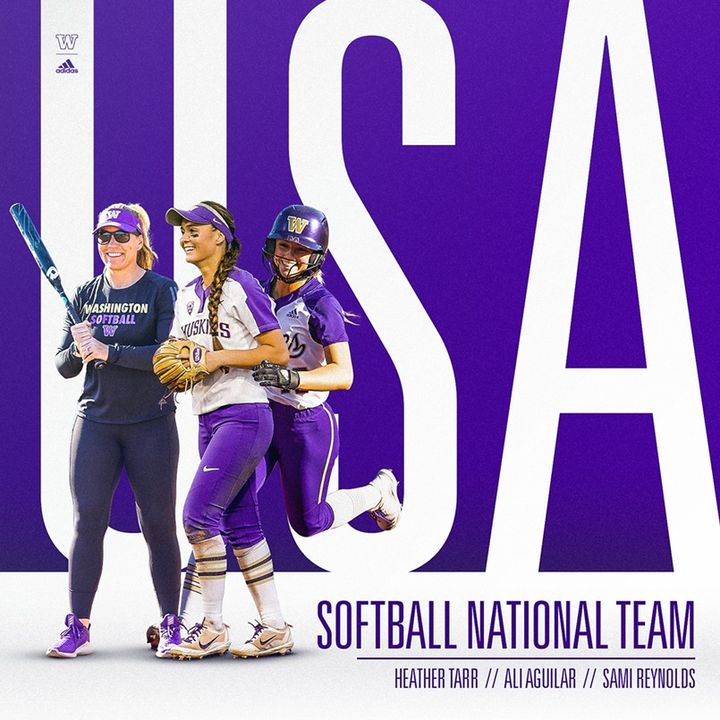 We don't always get snow in these parts, but when we do — like last month on the day after Christmas — it's kind of awesome. #FlashbackFriday 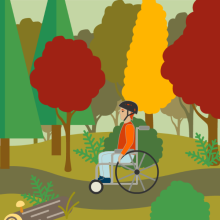 Barriers won't stop Trevor Denning from the things he enjoys. Denning is on a mission to make the outdoors more accessible to those with physical disabilities. 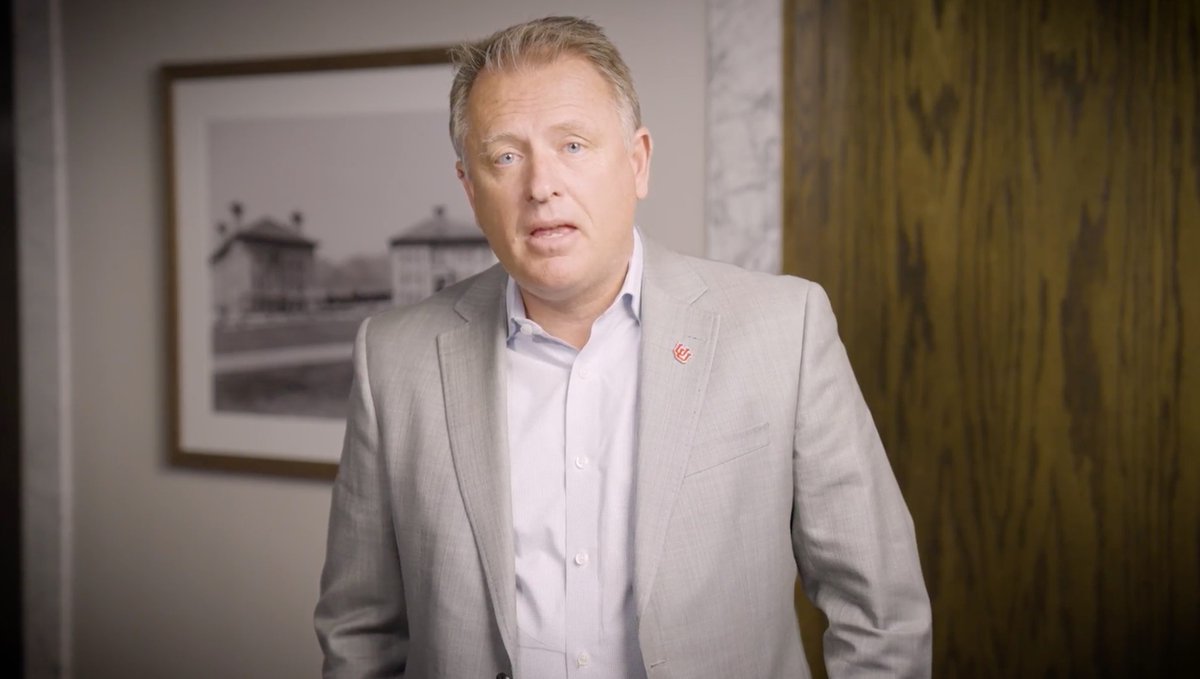 A message from @PresidentUofU Taylor Randall on the bomb threat made against the University of Utah's Black Cultural Center. 📰 attheu.utah.edu/feature/presid… pic.twitter.com/3caXJpelVz 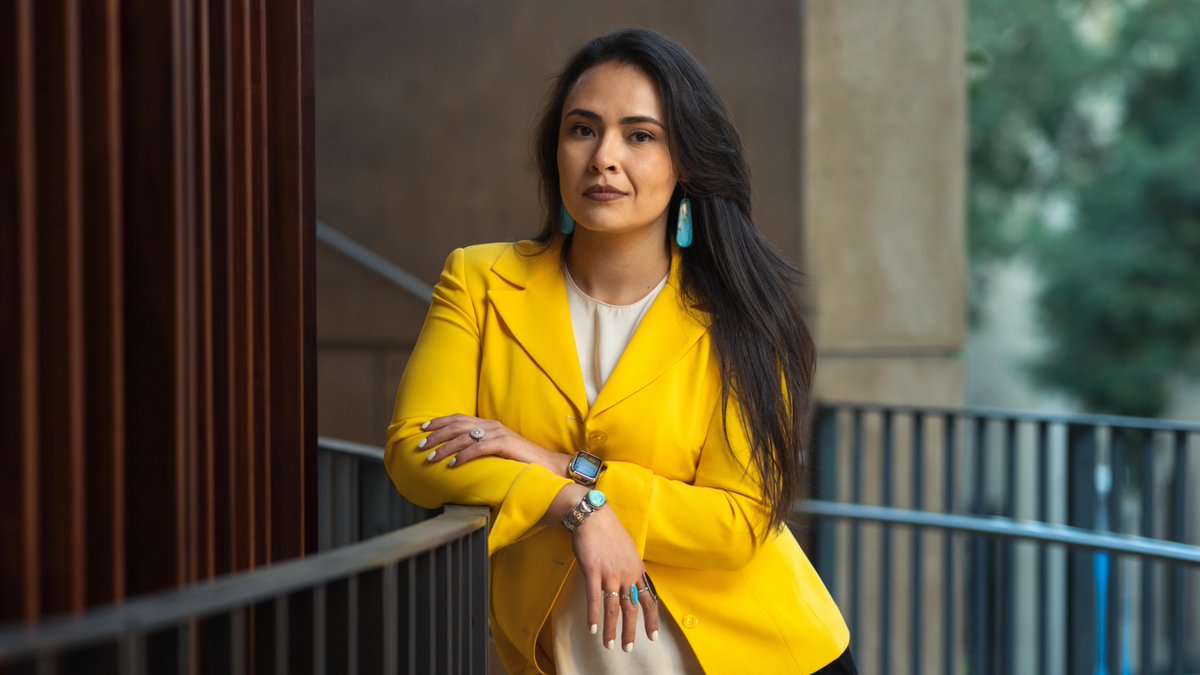 "We are uniquely qualified to make change because of who we are." Elizabeth Reese (@yunpovi), the first Native American faculty member at @StanfordLaw, is working to shatter invisibilities that she says have been comfortably the status quo for far too long. #MeetOurFaculty pic.twitter.com/DnKtFTaLAy 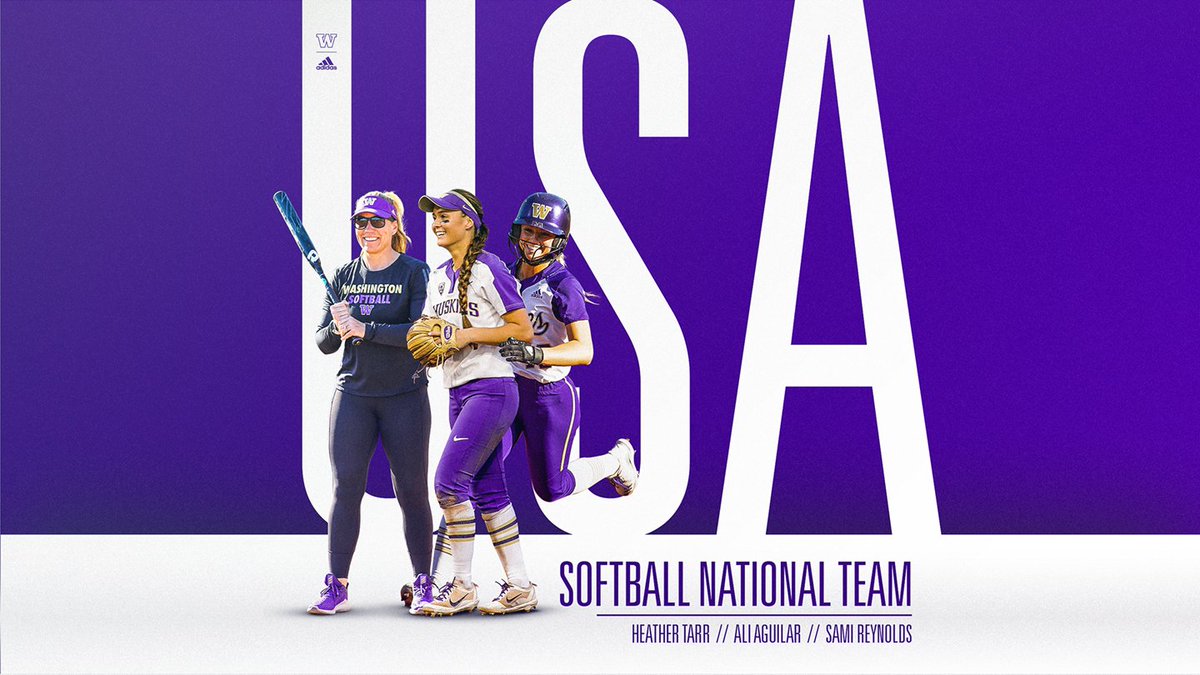 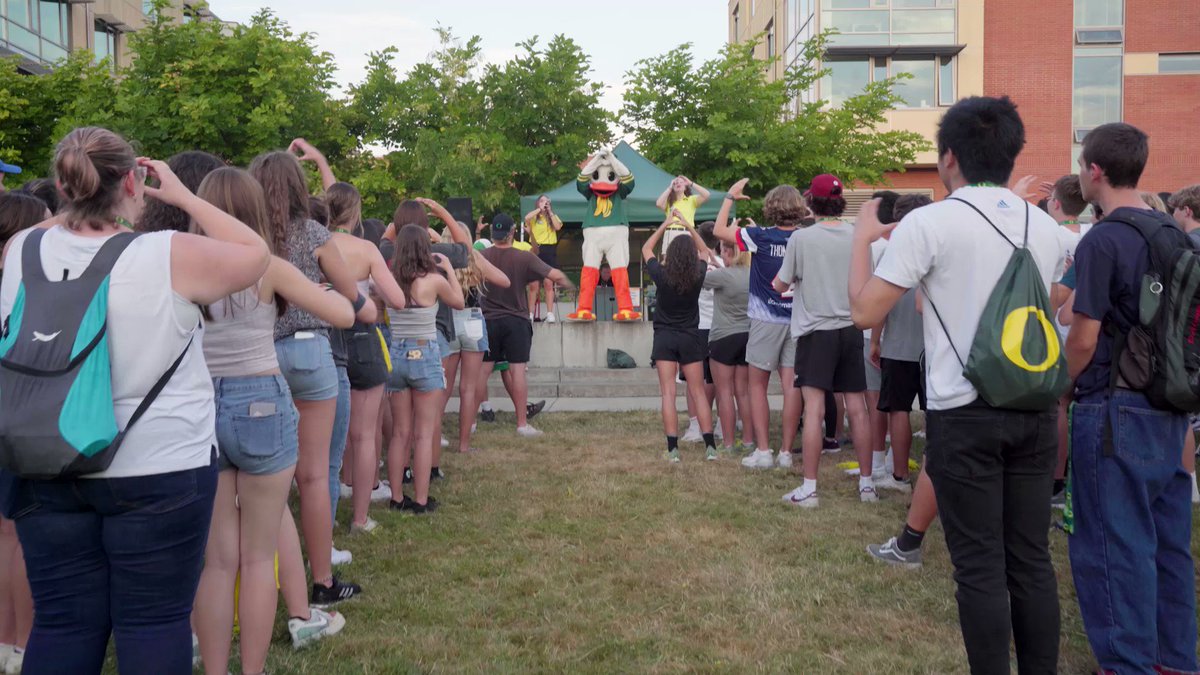 .@TheOregonDuck wants YOU to join The Flock. Time is running out, though. The deadline to apply is tomorrow. pic.twitter.com/NvsJhr0CZV 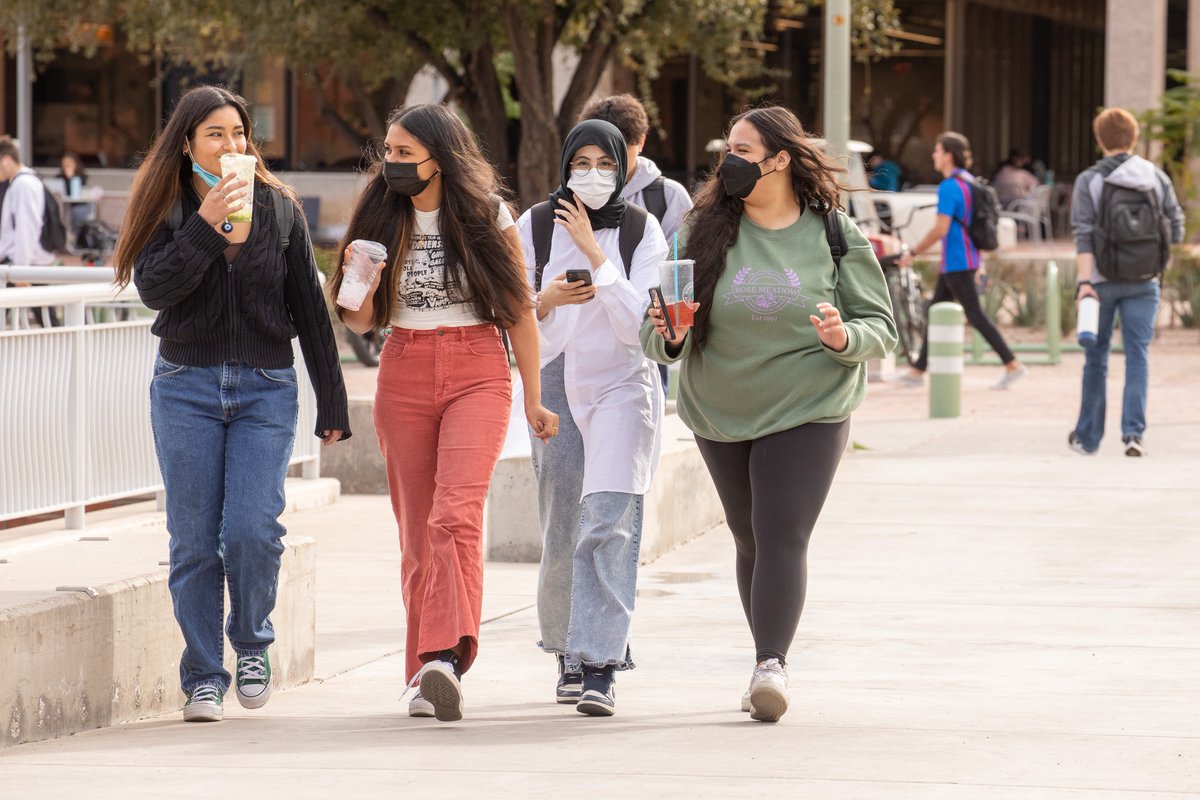 Nothing is better than seeing students back on campus after a long break. Welcome back, Wildcats! pic.twitter.com/8i0YAuLxbU 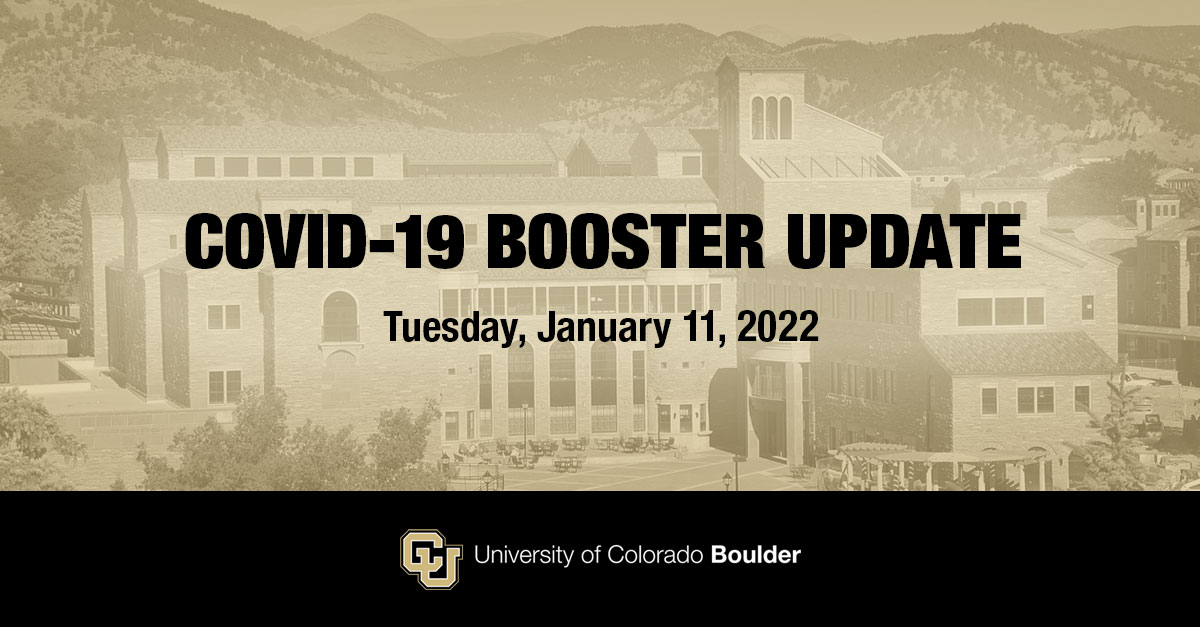 Safeguarding our campus and the broader Colorado community during a COVID-19 surge aligns with our mission and values as a public university. To further safeguard our community, we are implementing a new COVID-19 vaccine booster requirement. More Info ➡ bit.ly/3qjyt02 pic.twitter.com/q5KKYUIORl