We’ve all seen the headlines: once again, a brand finds itself in hot water after a very public, very embarrassing mistake is made online.

Though we all cringe when it happens, too many marketers think, “That will never happen to me.” However, even with the best intentions, sometimes brands make choices that accidentally lead to a public relations nightmare.

Be aware of these seven troubling practices that can sabotage your reputation, and note the ways to avoid them.

First things first, I want you to know that I get it. Overly planned social media posts featuring stiff, canned messaging that scream “I was written three months ago and posted today!” are undesirable. It makes complete sense that authentic moments are preferred by audiences at large. Off the cuff, snappy posts and replies are packed with positive attributes including clever humor, timely punchlines and a relatable, human voice (Moon Pie achieves this particularly well on Twitter.)

The savviest brands dedicate hours to producing a carefully curated strategic plan. These blueprints create a strong foundation of trusty evergreen posts while leaving room for expertly crafted real-time additions as opportunities arise. On the other hand, the companies that casually post in real time and lack a bigger strategy are putting their brands at unnecessary risk. Last-minute posting without a plan often results in not sharing frequently enough, releasing inconsistent messaging, confusing audiences, and careless mistakes.

While creating a strategic editorial calendar every month is time-consuming, it’s a worthy investment to ensure each individual post helps tell a part of your overarching brand narrative. While there is no need to overcomplicate things, you do need to develop an annual social media marketing plan that defines where your business is today, how you want it to evolve over the year, and the tools and resources you will need reach your goals.

Do keep in mind that when opportunity knocks, you need to answer. While we don’t condone posting without planning on a regular basis, we also don’t recommend dragging your feet on an important real time media moment. For example, when Beyoncé released her highly anticipated single ‘Formation’ during the Super Bowl, Red Lobster had the great fortune of being mentioned in one of the song lyrics. Instead of capitalizing on the pop culture moment by quickly issuing a clever response, the brand took over eight hours to ultimately post a lackluster response. This case study demonstrates it’s important to have the right creative team and a sound content approval process in place. This way, your brand can strike the right balance between pre-planned and real-time content production, and not disappoint Queen Bey. 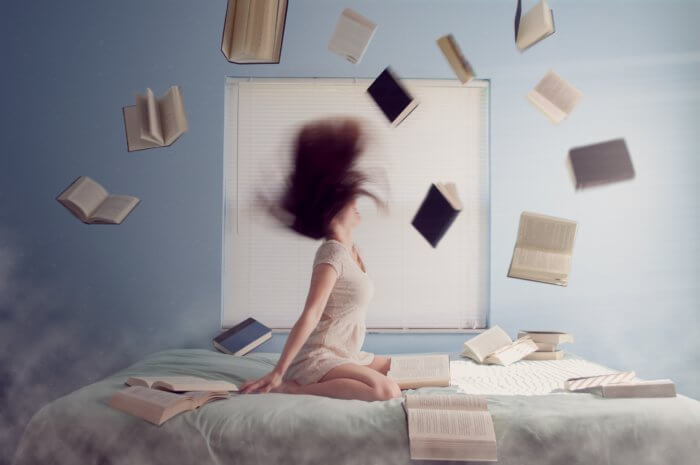 Mistake #6: Responding to all of the comments.

When it comes to a crisis, I live by the golden rule: take deep breaths, assess the situation, and calmly plot your next move(s). The last thing you want to do is panic all over the keyboard, and yet so many marketers do just that.

Whether your brand has made a public corporate grievance, had a customer shed light on a bad situation at your store, or you’re simply being trolled, it’s tempting to post a defensive response to every hateful comment you see. Instead, as your pages and social media feeds flood with negative mentions, it’s critical to take a step back and evaluate what really needs to be addressed, and what can be noted but ultimately ignored.

If you don’t, you run the risk of coming across like Applebee’s. When an unfortunate incident occurred in one of their nationwide locations, word spread like wildfire online. I think every social media manager in the world gasped in horror as the brand haphazardly responded, sometimes coming across as angry or spiteful, to every single comment late into the night. This behavior only fanned the flames.

Later, the restaurant chain explained they thought it was the right thing to do to respond to every comment. Unfortunately, this approach came across as unsympathetic as they robotically cut and pasted the official corporate statement over and over. “It seemed as if they didn’t know what they were doing,” said Travis Mayfield, director of digital social strategy for Fisher Interactive Network.

It was a horrifying learning experience for marketers everywhere, and created lasting damage to the Applebee’s brand (this happened in 2013 and I’m still talking about it five years later).

Don’t be like 2013 Applebee’s. Instead, create a game plan. Before a negative circumstance unfolds, work with your team to develop ground rules for community engagement. Include instructions for handling every kind of situation you may face and assign an immediate action and escalation plan for each. For example, you may develop a protocol to never respond to generic complaints (let ‘em blow off steam and go away), but to always respond immediately in the event of a natural disaster or man-made scenario (like an active shooter).

While your decision-making may evolve as a situation unfolds in real time, it’s still important to outline what should happen, and be prepared to make judgment calls with appropriate approval oversight in the moment. No matter what your plan entails, make sure every team member has a copy and abides by the guidelines. The last thing you need is a single employee going rogue in a public forum.

It’s called social media for a reason. Each platform was originally designed to make connections and nurture ongoing relationships. Why then, do so many brands treat Facebook, Twitter, and other social channels as a one-way communication platform?

There is no denying your channels can be used to share sales information from time to time, but avoid posting too many hard marketing messages. If done too frequently, people will be turned off and you will lose your willing audience.

Instead, your goal should be to produce valuable and compelling content that creates a connection between your brand and target audience. When content resonates, that is the beginning of a beautiful relationship with loyal customers.

Mistake #4: Not pausing to confirm a message will come across as intended.

The fast-paced nature of online marketing makes it all too easy for a content creator to put a foot in his or her mouth.

Even the biggest brands like Adidas accidentally can use a very poor choice of words from time to time. After the 2017 Boston marathon, the company tweeted out, “Congrats, you survived the Boston Marathon!” inadvertently recalling imagery of the 2013 Boston Marathon bombing.

Luckily, the company recovered quickly by recognizing their error, immediately deleting the tweet and issuing a heartfelt apology. Unfortunately, the damage had already been done. The whole scenario could have easily been avoided by running the caption by a colleague or two before broadcasting the message to over three million Adidas followers. When in doubt, proofread. 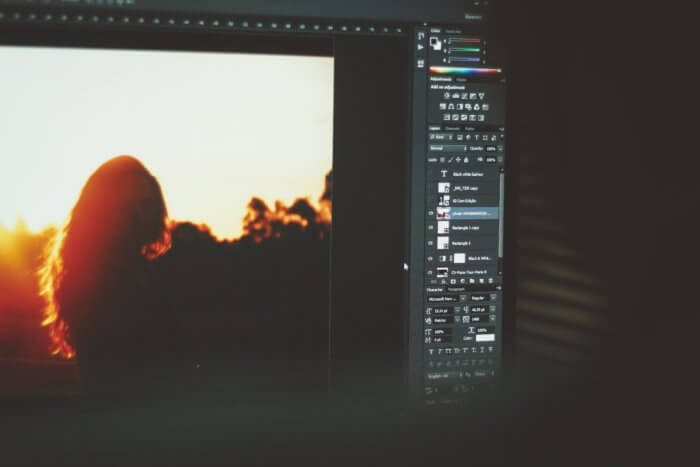 Photoshop is a great tool to perfect images before posting, but can sometimes create noticeable results (and not in a good way).

A bad editing job creates inconsistencies in your multimedia visuals. This easily leads to speculation among audiences and angry responses from the public who increasingly demand seeing more real, untouched images in the media. Avoid this common pitfall by working with experienced designers and editors who pay close attention to detail. Otherwise Gigi Hadid’s freakishly long arm will point your mistakes out to the world.

By highlighting the data you like (and ignoring what you don’t), marketers can paint a biased, inaccurate picture of their campaign performance.

While it may be difficult to face data that suggests change is necessary, ignoring the facts is a tremendous disservice to your brand. Even if it’s tempting to turn in a rosy report to your client or boss, it’s a much better bet to honestly evaluate all of the results and accurately track your return on investment. Trial and error is all part of optimizing your digital marketing efforts. Don’t miss out on opportunities to learn and improve. 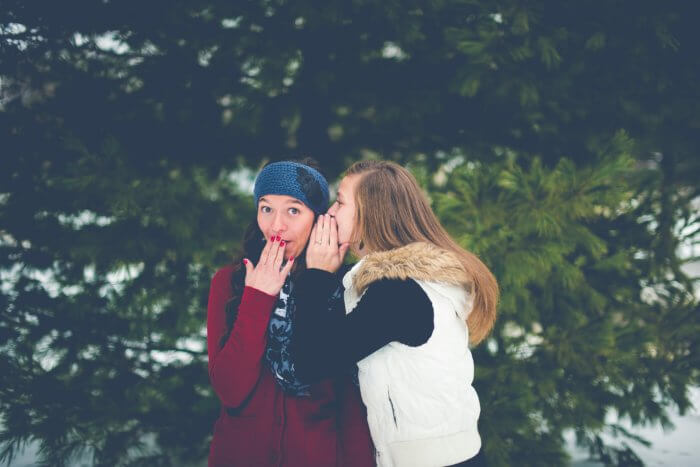 It always starts out innocently enough. Marketers survey the online landscape and check out trending topics for the day, identifying existing conversations where they can insert their point of view and earn positive exposure. Unfortunately, this can badly backfire if the hashtag or topic is misinterpreted by the team and used in an inappropriate context.

For example, pizza giant DiGiorno stuck its head in the oven when it misused the hashtag #WhyIStayed. While intended as a show of support and means of storytelling for victims of domestic abuse, DiGiorno didn’t do enough research on the hashtag and tweeted out a reference to staying “because there was pizza.” An innocent mistake? Probably. Unfortunately, the company had to own up to the remark coming across as ignorant and insensitive.

We all make mistakes, but those that stand to recover easily are those that quickly and humbly try to transform their failure into an “A” by acknowledging the problem, apologizing for the mistake, and acting immediately to make up for it.