Live Nonprofit industry benchmarks and social media analytics from nonprofits included in the 2020 Social Media Industry Benchmark Report. See how your nonprofit compares with these.

In the last 30 days, the average nonprofit in this landscape has grown their audience by 0.4%. Museum of the American Revolution grew faster than everyone else, with 2.3% growth! On average, each post in this landscape earns more than 773.7 engagements. Monterey Bay Aquarium is topping the charts with more than 3.80k engagements per post on their 118 posts in the last 30 days.

Nonprofits in This Social Landscape

Give the Kids World Village

Give the Kids World Village

Museum of the American Revolution

Museum of the American Revolution

Hey Instagram fronds! It’s the Social Media team here to let you know that we’re going to take a short break from posting this week to recharge a bit. Not to worry, our webcams are live every day on our website, and we’ve got a lot of videos on our Twitch and YouTube channels to …

Message from retiring Artist of the Company deseantaber: Ballet has been in my life for 24 years. To dance is an unexplainable feeling and one of the purest ways to express my deepest emotions. I will never forget these feelings, or the joy that dance brings me and so many. I planned to finish out my …

Canine Companions puppy Bolt has arrived in Southern California and is already feeling right at home with his chargers toys! The Los Angeles Chargers will be following Bolt on his journey to becoming a service dog for someone with a disability. We can’t wait to see all the great things Bolt will do! You can …

On this day in 1804, Alexander Hamilton died at the home of friend William Bayard Jr. following final visits from friends and family a day after Aaron Burr shot Hamilton in a duel. This mourning ring, which was on loan to the Museum from Alexander Hamilton's fifth great-grandson, was worn by Elizabeth Schuyler Hamilton following the …

#Onthisday in 1761, Phillis Wheatley arrived in Boston. Born in West Africa, she was seized as a child and transported to North America on a slave ship known as The Phillis, for which she was later renamed. Enslaved and educated in the household of Boston merchant John Wheatley, she began writing beautiful and complex poetry …

Planning to watch Hamilton again soon? 🎶 Look around, look around at how Philadelphia was in Alexander Hamilton’s day with our Hamilton Was Here Virtual “Walking” Tour at the link in our bio. Some of the most notable moments of Hamilton’s life took place right here in this city. As part of our past exhibit Hamilton …

📆 HAPPENING TODAY at 10! 📆⁣ ⁣ Join us for fish tales today at 10am PST! Our friends nature_illinois are hosting #BlackInNature with the co-organizers of #BlackBirdersWeek: Academia, Conservation, and Careers, a conversation with ichthyologists.⁣ ⁣ Watch and ask questions via The Nature Conservancy in Illinois' Facebook Live, details at 🔗 in our story and bio!⁣ (Replay will be …

We want to share a big thank you to the into_news for raising a massive €55,000 for CMRF Crumlin. This year due to COVID19 restrictions and social distancing guidelines, tickets were available online from €10 with the chance to win incredible prizes up to a value of €10,000. All proceeds from the 2020 draw will …

“Your caring smiles will be in our hearts for the rest of our lives. Thank you.” . . Share your experience with CHI at Crumlin this #FeedbackFriday & help keep improving services for patients & families: https://bit.ly/2VZktIY #ChildrensHealthIreland

Hey Facebook fronds! It’s the Social Media team here to let you know that we’re going to take a short break from posting this week to recharge a bit. Not to worry, our webcams are live every day on our website, and we’ve got a lot of videos on our Twitch and YouTube channels to tide …

Hey everyone! We’re running a special fundraising Penguin Cam today. We continue to face a major financial shortfall through the end of this year and need your help to continue to provide the best possible care for our animals, exhibits and staff. Thank you all so much for your support during these challenging times, and for your …

On this day in 1804, Alexander Hamilton died at the home of friend William Bayard Jr. following final visits from friends and family a day after Aaron Burr shot Hamilton in their infamous duel. This mourning ring, which was on loan to the Museum from Alexander Hamilton's fifth great- grandson, was worn by Elizabeth Schuyler Hamilton …

“Northern Ireland’s authorities are acting unlawfully in approving these journeys." Peter Stevenson, our Chief Policy Adviser, speaking to The Times and The Sunday Times.

CIWF France are part of this really exciting new initiative. If it's successful it would End the Cage Age for farmed animals and prevent new factory farms from being built in France! 🤞 🇫🇷 It would also tackle other important animal welfare issues including fur farming, animal testing and more.

We are so excited about our new partnership with the Los Angeles Chargers! They will be following Canine Companions puppy Bolt on his journey to becoming a service dog. You can learn more about puppy Bolt at cci.org/chargerspup

“Weehawken, dawn. Guns drawn.” Aaron Burr sang these words in Hamilton, leading up to the infamous duel between the vice president and former Secretary of the Treasury Alexander Hamilton. In the early morning on this day in 1804, the two men met in Weehawken, New Jersey. There were conflicting eyewitness reports about whether Hamilton “threw away his …

The South Central Region would like to recognize volunteer and regional board member Erin LaMonte for her ongoing efforts and dedication to our mission. Erin has been involved as a puppy raiser for many years, served on the Lone Star Chapter leadership team since its beginning, and volunteered in many different areas including puppy raising, …

Will you celebrate National Ice Cream Day with us this Sunday? 🍦 Let's enjoy ice cream for breakfast, lunch, dinner, and everything in between just like we would at the Village! Be sure to post a photo and tag us along with #GiveHopeToWishes so we can all celebrate together.

A huge congratulations to Artist Desean Taber, who is retiring from the Company this season. We are so grateful for his contributions to the Company and wish him the best of luck as he goes off to Columbia University in the fall. Read his parting message below, and leave your good wishes for him in …

Clayoquot Sound sustains the last old-growth forests on Vancouver Island and is a critical piece of the largest intact coastal rainforest on Earth known as the Emerald Edge. https://nature.ly/3gNre8S

See the ultimate view of Dublin's fair city by signing up to take part in the CMRF Crumlin Abseil Challenge this September! Join Ryan Andrews and Michaela O’Neill as they drop 100 feet off the Hogan stand in Croke Park. Ryan and Michaela will be going to new heights on the 18th September to raise vital …

Hey Twitter fronds! It’s the Social Media team here to let you know that we’re going to take a short break from posting this week to recharge a bit. 1/4 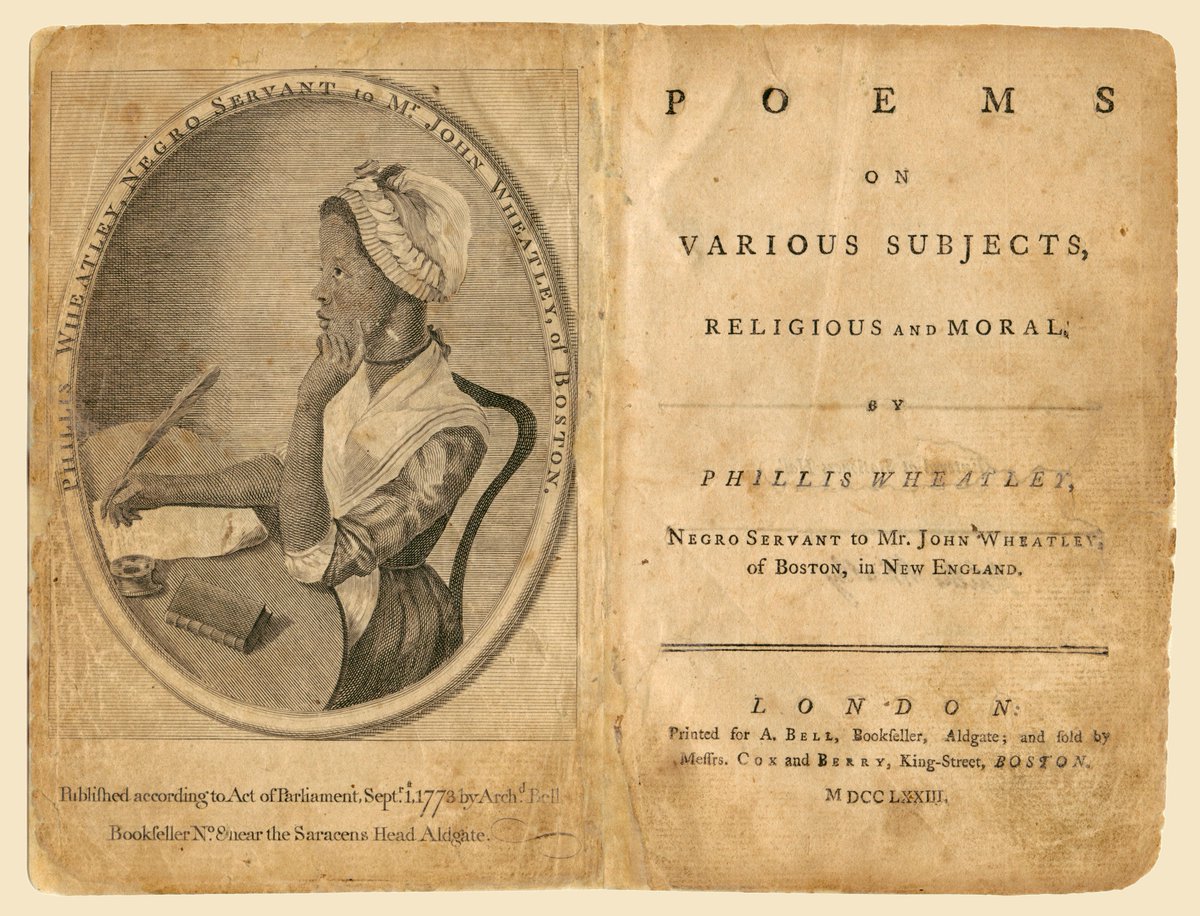 Phillis Wheatley arrived in Boston #onthisday in 1761 as an enslaved woman. She became the first published African American poet with her Poems on Various Subjects, Religious and Moral in 1773, a signed copy of which is in our collection. Learn more: bit.ly/3gK3YbQ pic.twitter.com/xPLVhFoFBa 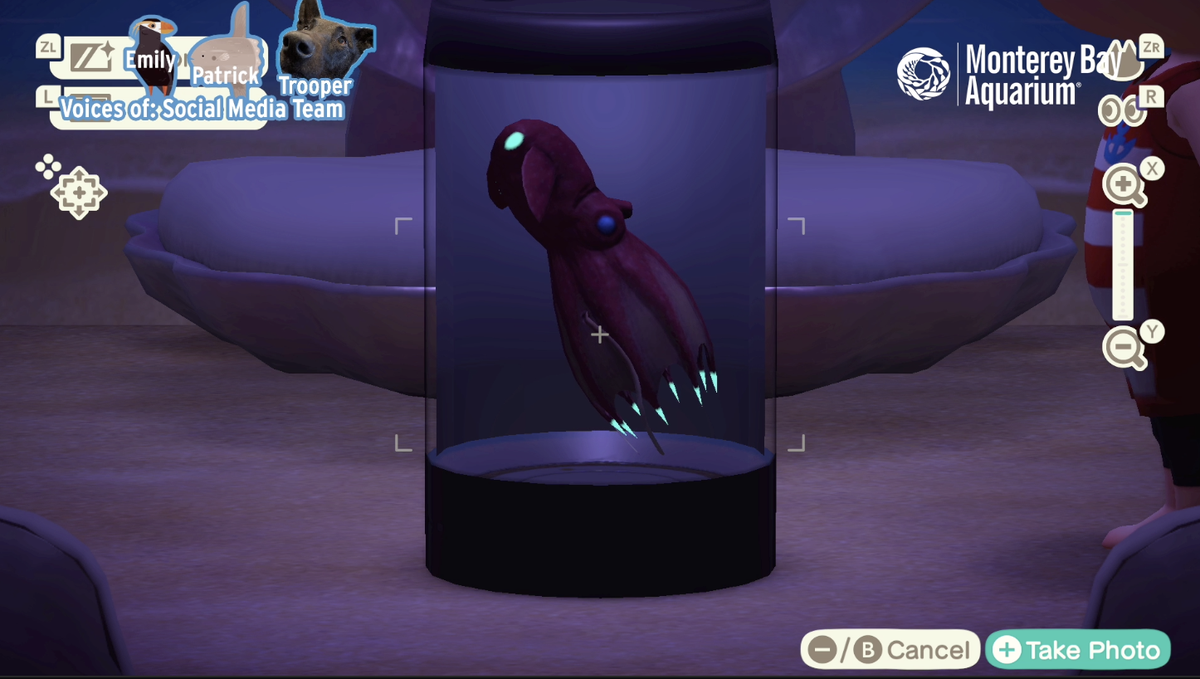 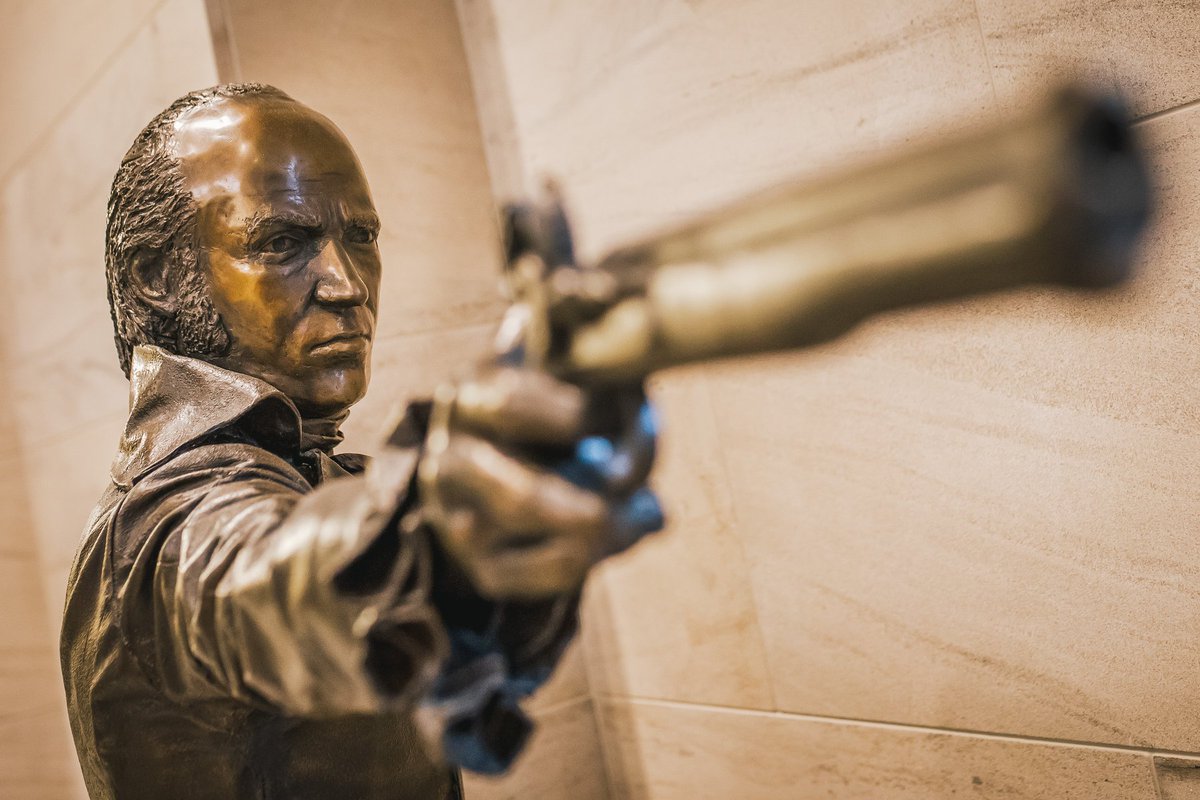 "Weehawken, dawn. Guns drawn." #Onthisday in 1804, the infamous duel between Aaron Burr and Alexander #Hamilton took place in Weehawken, New Jersey. Hamilton died the next day. These dueling statues, from @NYHistory, were featured with our past exhibit #HamiltonWasHere. #OTD pic.twitter.com/9fL4mEFwjg

Factory farming isn't just the leading cause of animal cruelty, it's a ticking time bomb. twitter.com/UNEP/status/12… 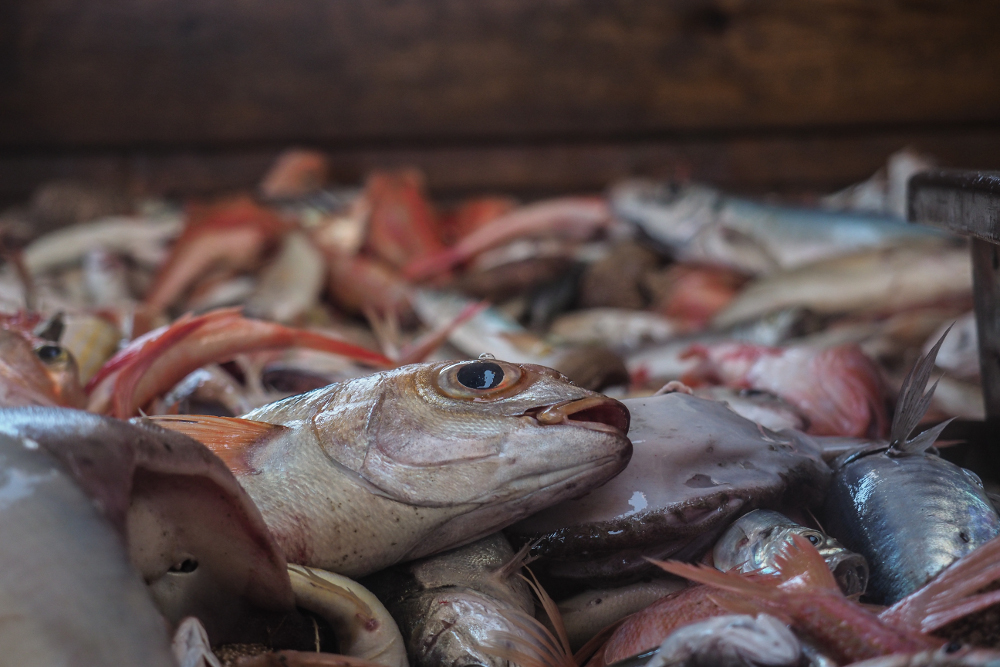 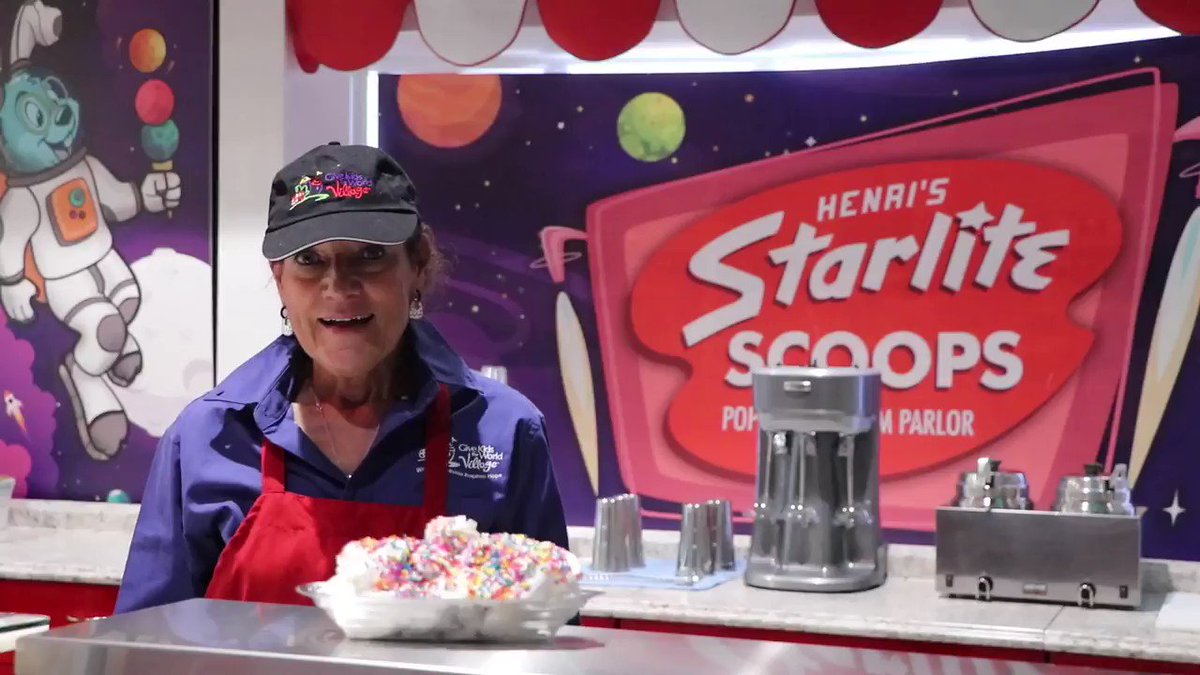 Let's celebrate #NationalIceCreamDay together this Sunday! Eat ice cream for breakfast, lunch, dinner, and everything in between just like we would at the Village. Then tweet your photos with #GiveHopeToWishes so we can all enjoy this sweet day together. 🍦 pic.twitter.com/2oiFwsow8y 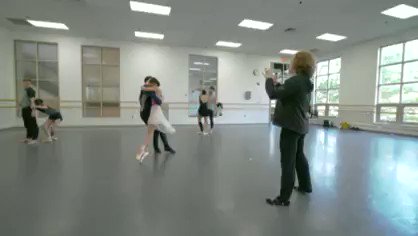 "We do know that art is durable, that art is and artists are courageous. We know that art is needed, to not only remind us of courage and fortitude and beauty, but also to fortify us with those aspects." -Choreographer Helen Pickett pic.twitter.com/JYzIsn64s9 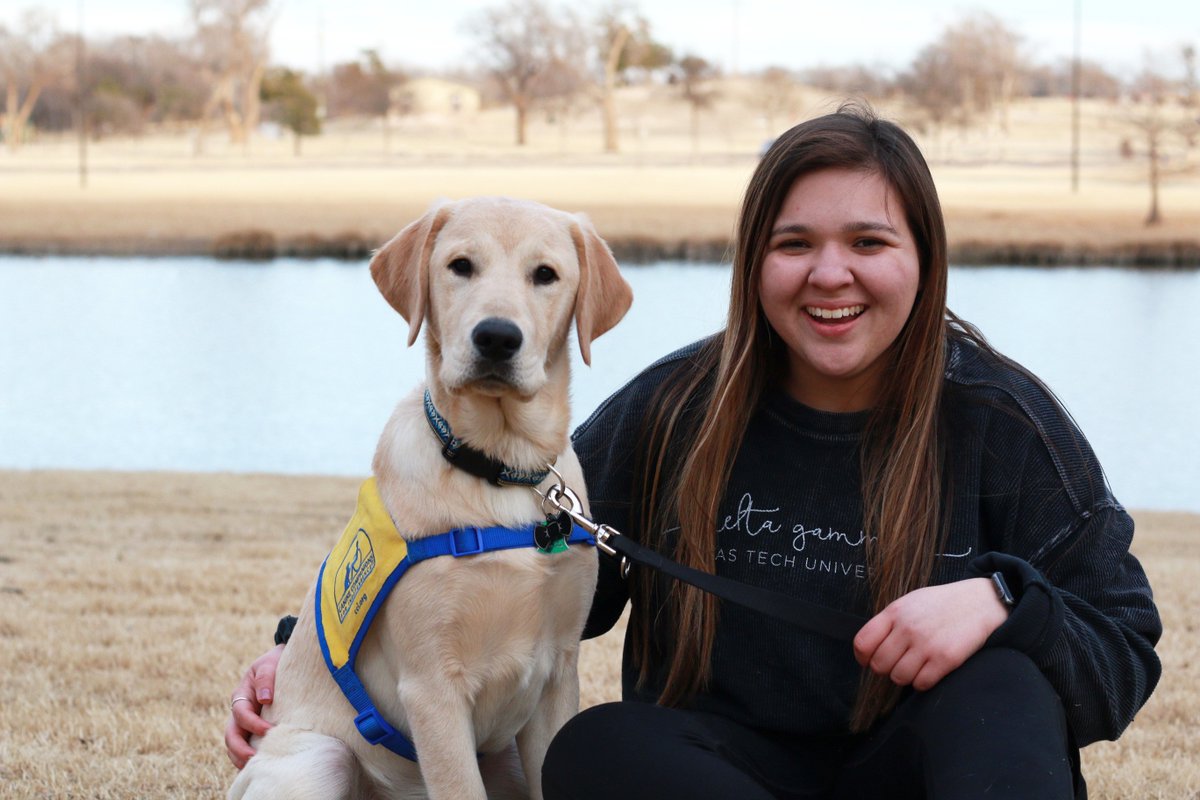 Wow, what a sweet offering! Thank you to @Mville_HBR, @Davidson_Hotels & your guests for supporting our wish families. 🍦 twitter.com/Mville_HBR/sta… 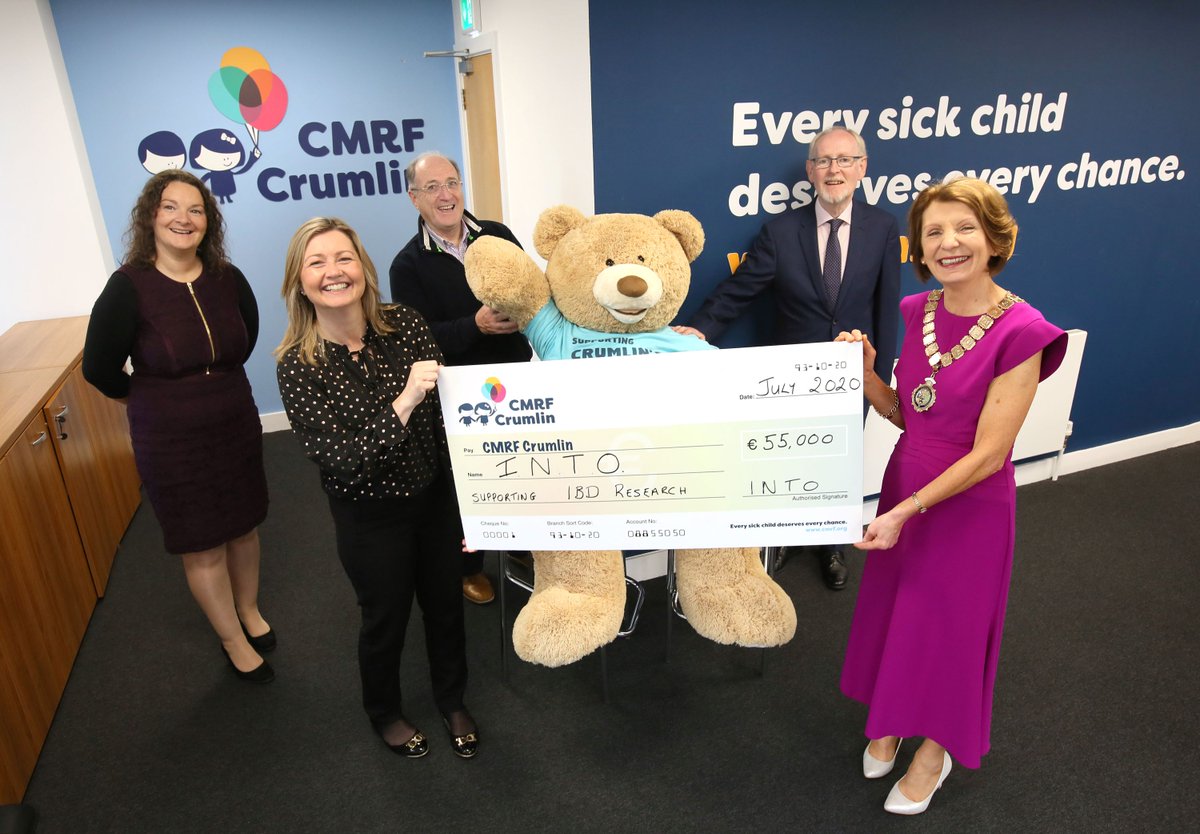 #ThankYou @INTOnews for raising an amazing €55,000 with your annual draw. This year due to #COVID19 restrictions, tickets were sold online. All proceeds will support the Inflammatory Bowel Disease (IBD) research project in the @NCRCIre #WhateverItTakes cmrf.org/news/e55000-ra… pic.twitter.com/vlVnqrWu9O