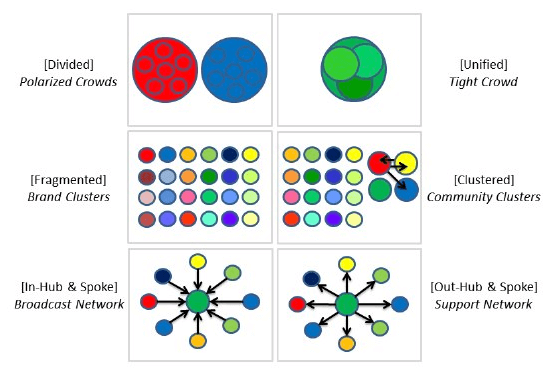 A recent collaboration between the Pew Internet Research Project and the Social Media Research Foundation (SMRF) has identified 6 “archetypes” for the types of conversation networks that form among Twitter users. Replies, mentions and connections among users were all captured and used to create a network map for each topic’s participants. This mapping is particularly useful for marketers seeking a deeper understanding of how to be influential within their Twitter community groups.

To conduct their research, Pew and SMRF used NodeXL, a Microsoft Excel plugin that assists with data analysis and visualization. They performed keyword searches to extract sets of tweets on particular topics and then applied NodeXL to analyze the network structure of the conversations around each topic.

Polarized Crowds occur when two groups are discussing the same topic but not with each other. Political conversations are a good example of this, where liberals and conservatives discuss the same issue extensively within their own group, but have little to no overlap between them. They cite different news sources and use different hashtags in their tweets.

Here’s a great example from the polarizing topic of gun control. 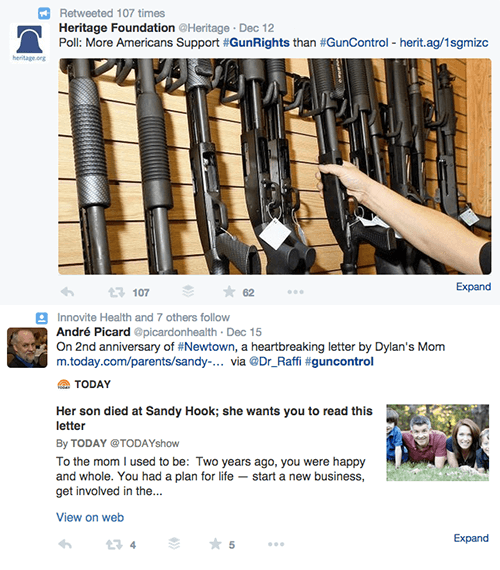 The Tight Crowd is a closely connected group united around a particular topic. These networks often share multiple interconnections among their members. Such groups may occur among learning communities (e.g. tweets coming out of a professional conference) or networks formed around shared professional goals. The visualization below shows the tight connectivity in a network of digital community managers. 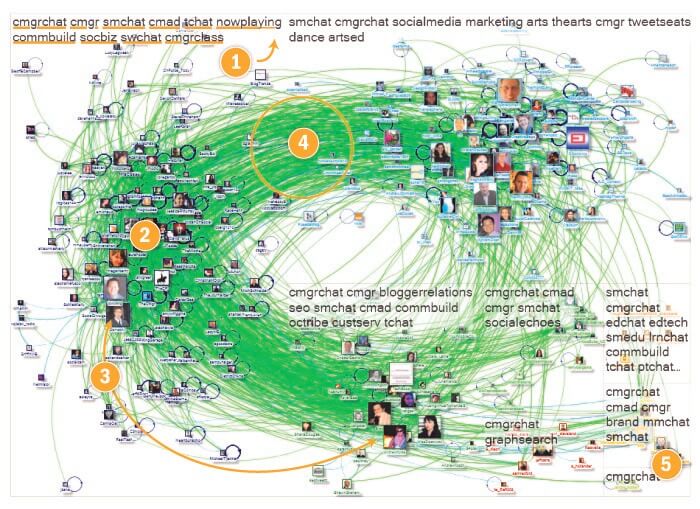 Brand Clusters are much more fragmented than Polarized or Tight Crowds. Rather than interconnected networks of participants, Brand Clusters are comprised of many disconnected individuals who share interest in a topic or brand and tweet about it independently of each other. The graphic below maps a network of people discussing Apple. Compare the density of this conversation to the one of digital community managers above. 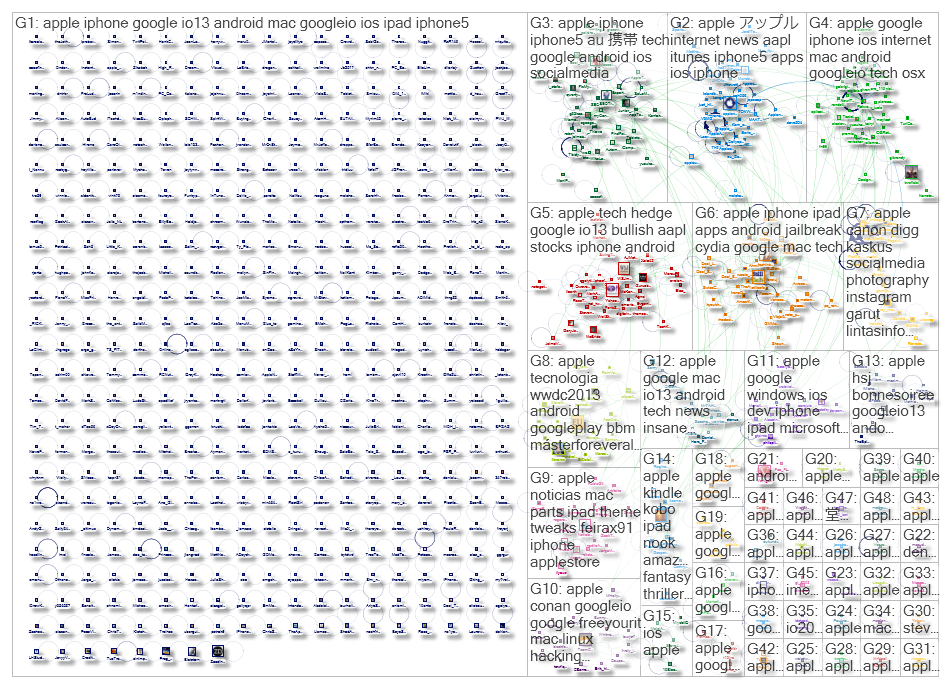 Community Clusters share qualities with Brand Clusters. Both have a large number of disconnected individuals tweeting about the same topic. But they distinguish themselves by developing a set of denser, interconnected sub-groups that also participate in the conversation.

Both Broadcast Networks and Support Networks take the shape of the hub and spokes on a wheel. In the case of Broadcast Networks, they revolve around a media outlet or celebrity hub. The spokes face inward because conversation participants are talking about or sharing content from the hub.

The graphic below shows (on the left) the hub – Paul Krugman, in this case – and the spokes represent direct followers discussing one of his blog posts. The right side of the graphic demonstrates how visible and of interest the content was to those not directly connected to him. 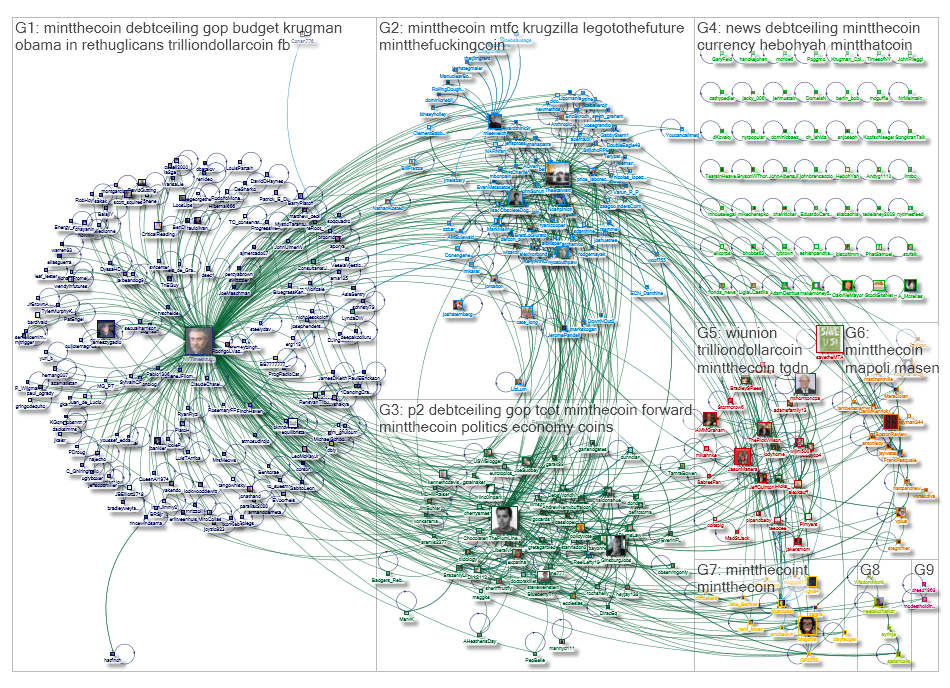 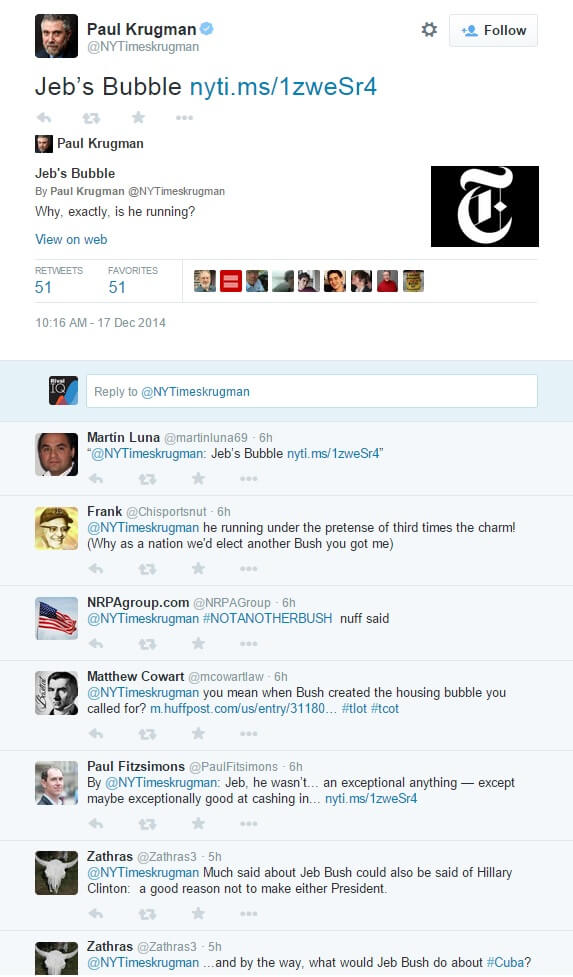 Support Networks are the inverse of Broadcast Networks in that the spokes are directed outward from the hub. In real terms, this means the hub is doing the communicating and sharing with others. 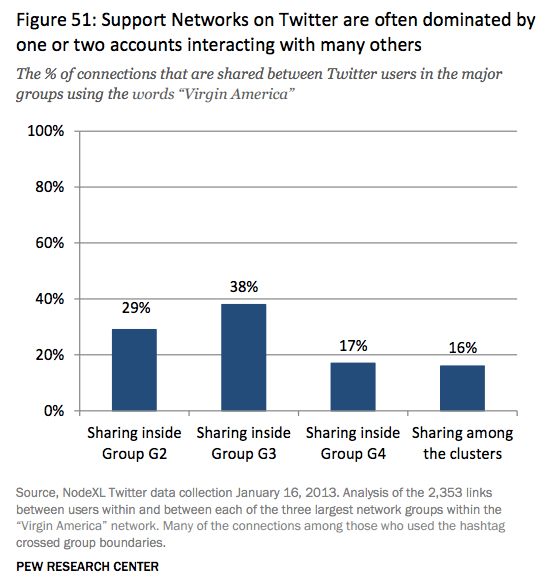 These are most common with companies who set up support accounts on Twitter to respond to comments and address issues tweeted by their customers.

What Does This Mean for Marketers?

While this is by no means an exhaustive list of the types of Twitter community archetypes, it is an in-depth and fascinating first step to understanding the shapes these communities can take.

If you haven’t already asked yourself these questions, now is the perfect time to reflect:

For example, if you want to be in the driver’s seat of your brand conversation, a Broadcast Network might be your goal. One way to get there is to use content marketing strategies to publish thought leadership pieces that inspire and engage your followers and fans.

Use Influencers to Shape Your Community

Do you know who your influencers are? In the Pew/SMRF research above, certain individuals were identified as holding positions of power in conversations. Highly connected and influential, these individuals can be instrumental in expanding your brand conversation. But first you need to identify and engage with them. A great way to start is by using the new Rival IQ Top Twitter Mentions feature. 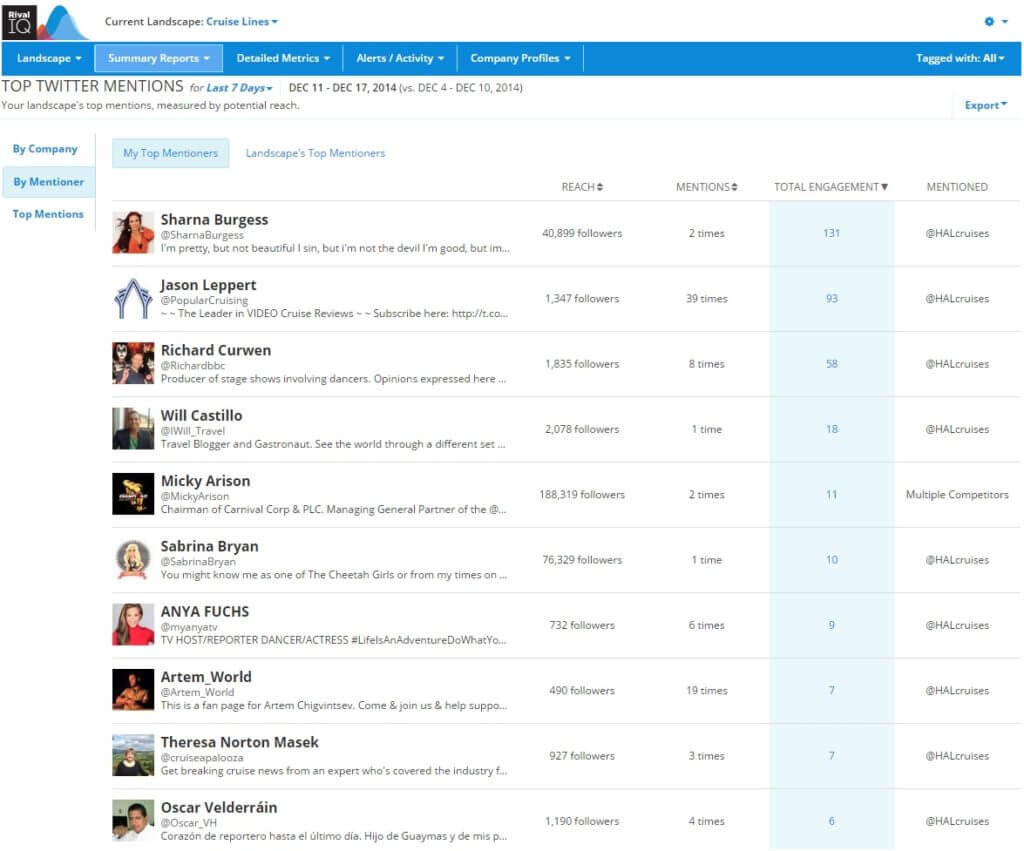 Here are top Twitter Mentions for a Cruise line

What Are Your Thoughts?

A summary as brief as this can’t do a project this extensive justice. We recommend checking out the full report. It provides plenty of food for thought on how to understand your Twitter community. Share your own insights and takeaways with us below!