What You Can Learn from Nike Branding Strategy

This blog post came to me not in a dream but during a near-death epiphany on the StairMaster one gloomy Seattle day.

As I was staring down at my feet to ensure I didn’t trip over myself, I admired my shoes. “Ah, Nike. What an iconic brand.” I thought to myself. And yet, Nike’s marketing is not just about selling shoes or athletic apparel–it’s pitching a lifestyle. A lifestyle that everyone feels they need to have. And this is not a mistake–it’s an intentional goal of the Nike branding strategy.

What You Can Learn & Emulate from the Nike Branding Strategy

An iconic slogan for the past 29 years, Just Do It resonates with just about everyone. It connects with individuals universally, allowing anyone and everyone to come up with their interpretation. It creates a relationship between the brand and its fans. It’s actionable and speaks to you on the individual level. This catchphrase spread from the fitness world to everyday life, becoming a personal mantra for whatever life may throw your way. Well played Nike, well played.

Successful brands focus heavily on emotional storytelling. And no one does it better than Nike. Nike’s advertising rarely mentions its products. Instead, Nike campaigns invoke the right emotions through carefully crafted content that tells meaningful stories. The narrative tells a story of inspiration that anyone who puts their mind to it can overcome the challenges and be a winner.

Yes, I know. I’m a dashing young lady who owns 30+ pairs of pumps and stilettos, but I would kick those off to slip on some sneakers anytime. One of the things I adore about Nike is its Women’s Movement. Sure, 99 percent of Nike’s commercials are testosterone-filled, but Nike sure does know how to advertise and to women as well–with a lot less testosterone, the same amount of power, and so much more inspiration. 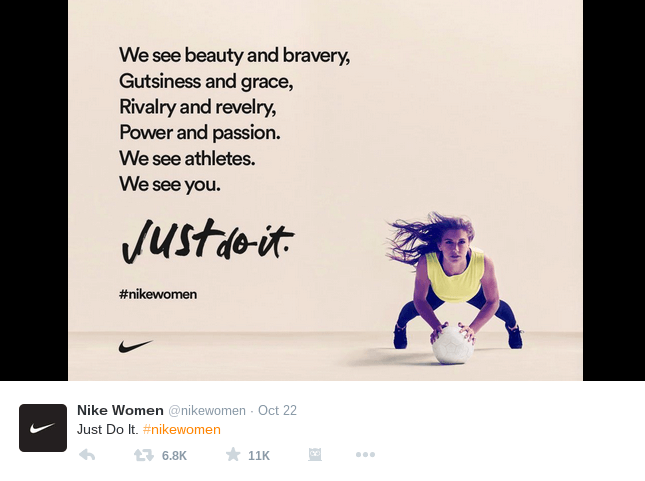 In an interview with FastCompany, Jackie Thomas, U.S. Brand Marketing Director for Women, said, “Marketers spend too much time reminding women that they’re women.” Often, messaging depicts women as weak and fearful. Nike breaks down that wall and reminds everyone that women are powerful, competitive, and, most importantly, passionate! As a woman, after watching Nike’s commercial, I feel the need to get up and do something different, something amazing that may have never crossed my mind before.

Nike may be making fewer commercials, but Nike has balanced it out by heavily focusing on digital marketing. Nike’s social media is anything and everything done right by a major brand’s marketing team. The company is, without a doubt, ahead of its competitors when it comes to social engagement. It has the most followers and subscribers on all social channels. For all the data geeks out there, take a look at the detailed breakdown of Nike’s social media engagement using Rival IQ (you can also check out the complete ‘Sports Teams’ landscape here)!

We can also break down Nike’s social supremacy channel by channel. For example, on Instagram, Nike dominates both from an audience standpoint as well as with the most engaging social content. 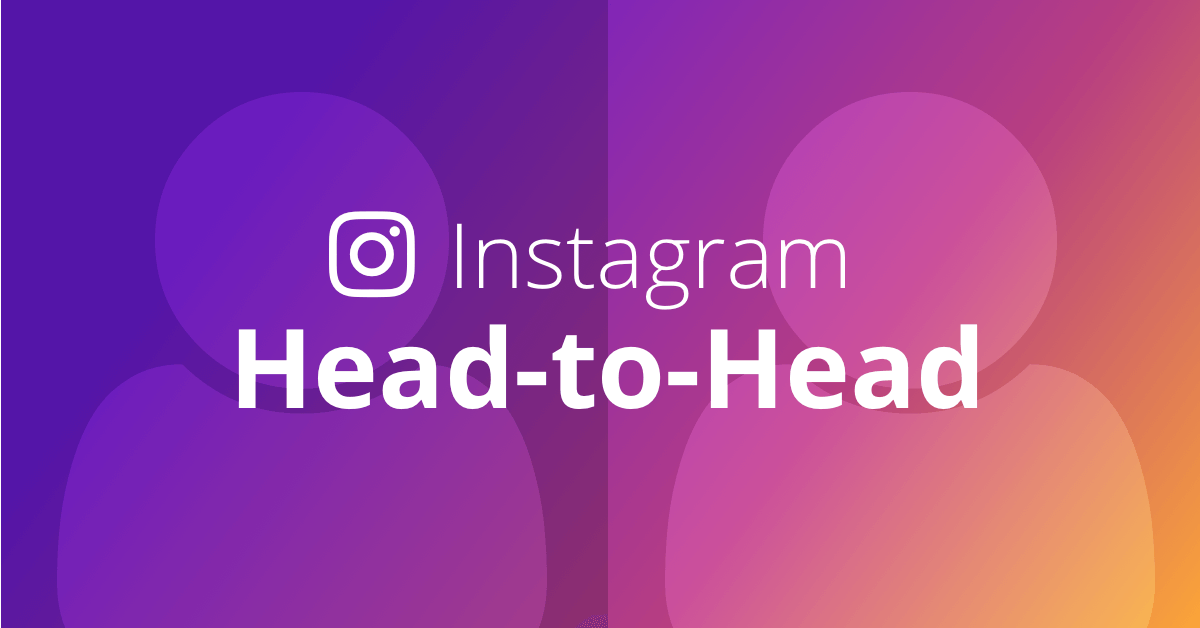 Want to see how your Instagram performance stacks up to Nike's?

Nike uses social media to create a lifestyle and a sense of community among fans. Its tweets are short, punchy, compelling, and nearly always include the hashtag #justdoit or other community-building hashtags like #nikewomen. Check out how you can use Rival IQ’s Social Posts to investigate hashtag engagement rates and build a loyal fanbase.

Social media is powerful for brands such as Nike because it creates two-way interactions between fans and brands. Nike optimizes this capability and dominates social media by creating a sense of community and connection with its fans. 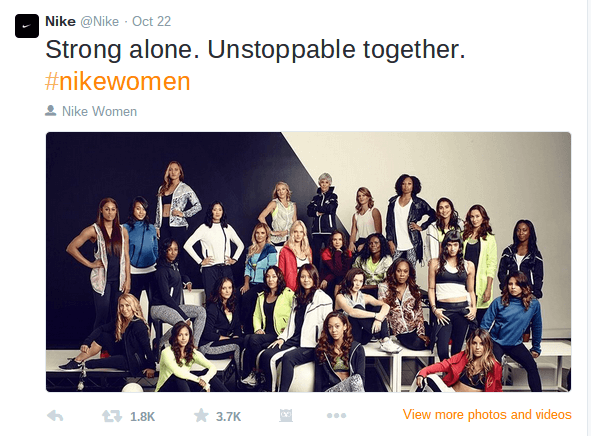 Ready to start your analysis?

Nike is rocking the social world. It has mastered the art of creating fantastic content that reflects its empowering branding online. Nike has made itself into a magic mirror, where it projects an image of strength, passion, and determination onto everyone it engages with. Nike makes you want to get off your butt and move! Its aggressive and straightforward approach works well and has made Nike the iconic brand it is today (not to mention its shoes!!).

In that gym, as I was near death on the dreaded StairMaster, I couldn’t help but think: Just Do It.

This blog was originally posted on January 3, 2017, and has since been updated.

UW senior majoring in Anthropology & International Studies. She is a born & raised Southern California, who is made up of sass, sarcasm and Tapatio. Although she has lived in Seattle for the past few years, she is still in denial about the weather and refuses to give in to the North Face Seattle style. She is currently known as the Rival IQ Marketing Intern, and office fashionista.