Posted by Cassandra Schwartz on November 09, 2017

Canadian Olympic Teams use social media to inspire Canadians through the power of sport, and they’re damn good at it.

The Canadian Olympic Committee is responsible for all aspects of Canadian involvement in the Olympic Games. The committee is not only critical to preparing athletes for the Olympic Games, but they’re also committed to providing comprehensive services to Olympic athletes.

The digital team within the Canadian Olympic Committee oversees the fan experience, always ensuring the Team Canada brand is elevated and its athletes’ stories are told. They engage Canadians globally, publishing a constant stream of content covering over 500 athletes worldwide.

In 2014, the digital team needed to understand their competition. As social media emerged as a critical component of sponsorship proposals, as well as a growing method for engaging Canadian fans, the Committee wanted to benchmark themselves against other sources of information on Olympic athletes.

How Rival IQ was the perfect solution

Digital Director Georgia Sapounas’ team produces content at an impressive rate. It’s not surprising considering the staff is following over 500 Canadian athletes competing around the globe in preparation for and during the Olympic Games. “All eyes are on us,” says Sapounas, “we do our best to be fast, be first, and be accurate.” The volume of content combined with the need to move quickly means it is critical for them to invest in content that performs well. The team measures themselves by the level of fan engagement.

“All eyes are on us,” says Sapounas, “we do our best to be fast, be first, and be accurate.”

Understanding engagement is where Sapounas and team turned to Rival IQ. Each month they take time to review reports that show what’s worked and what hasn’t. “We chose Rival IQ because it allows us to compare our performance against large brands, Canadian media outlets, and other National Olympic teams,” says Sapounas.

“We chose Rival IQ because it allows us to compare our performance against large brands, Canadian media outlets, and other National Olympic teams,” says Sapounas, “we’re able to see what’s succeeding and how we can tweak and do it even better.”

While the team knows to focus their effort on what’s entertaining and exciting, there’s more nuance to what they create and share. With Rival IQ the team can determine how to engage the maximum number of Canadians inside and outside the Games. But the team doesn’t stop with engagement.

Georgia and her team can translate that engagement metric into real ROI by turning social followers into fan club members. The fan club, Canadian Olympic Club, gives fans an even more in-depth look into the run-up to the Olympics along with rewards and recognition. Each week top fans rise up the leaderboard and are recognized.

The digital team has used the insights from Rival IQ to place themselves at the top of social media. They lead National Olympic Teams globally with the highest engagement per capita. Each year they move the needle significantly on their engagement, most recently increasing Facebook and Twitter engagement rates by over 300%. 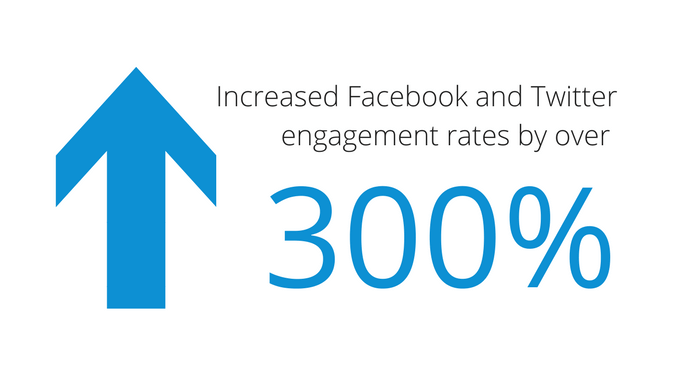 Between the engagement on social channels and the passion of the Canadian Olympic Club members, it’s a compelling story that Sapounas can share with partners. Sapounas relies on Rival IQ to tell that story. “With Rival IQ, we’re able to paint a picture of how we stay ahead of the curve,” said Sapounas. The value their social channels provide is exceptional.