9 Marketing Fails That Will Leave You Speechless

Posted by Danielle Prager on September 24, 2013

There’s something about watching others “fall flat on their face” that amuses people like nothing else. I’ll be the first to admit it – nothing gets Diet Coke to shoot out of my nose quite like GloZell choking up a storm during her cinnamon challenge (if you haven’t watched this video, you must do so right away!). As a marketer, seriously bad marketing fails also do the trick. For one, they let me know I’m doing something right – but more importantly, all the laughing brings me one step closer to the six pack I’ve been dreaming of. So without further ado, I bring you some awesomely terrible marketing disasters. Enjoy! 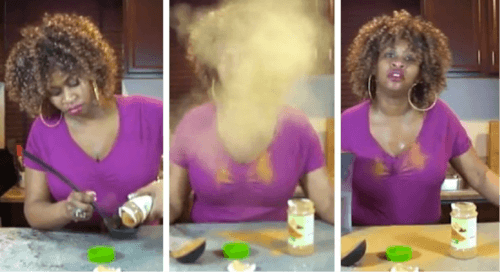 My personal favorite fail of all time comes to you in the form of the most epic meltdown to ever grace Facebook with its presence. No seriously, this is so bad it’s hard to believe it actually happened. But before we get into the actual Facebook epicness, let’s rewind to the beginning of the story. Meet Amy and Samy Bouzaglo, the owners of Amy’s Baking Company in Scottsdale, Arizona. Their restaurant business is crumbling beneath them, so they call for back up: enter Chef Gordon Ramsey. 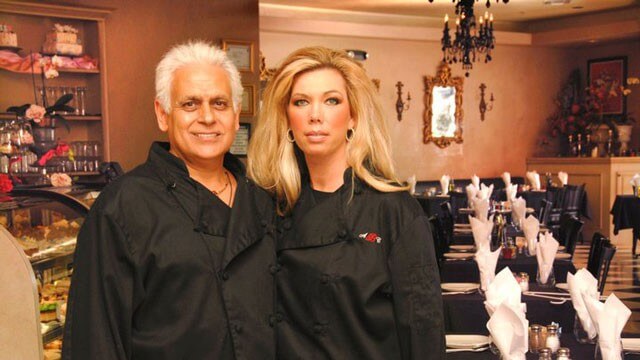 To put it as nicely as possible, I’ve never witnessed anything quite like the Bouzaglos…and I’d like to keep it that way. You can watch their questionable behavior and come to your own conclusions here. To make a long story short, Gordon Ramsey called it quits on this couple for the first time in the history of the show; they were just that awful.

The real magic happened after the episode aired. The internet (specifically Yelp and Reddit) went absolutely wild talking about Amy and Samy’s Facebook meltdown. For reasons I’ll never understand, the Bouzaglos thought expressing their “feelings” on Facebook would be the best way to address their haters.

Hopefully you get the point. After all of these (and more) Facebook posts went up, Sami and Amy informed their followers that their Facebook, Reddit, and Yelp page had been “hacked” (to clarify, the quotes mean that I think that’s absolute bologna). What can you learn from this disaster? First off, don’t ever post anything on Facebook that even remotely resembles the Bouzaglo’s status updates. You can also read this post on 10 Social Media Lessons From Amy’s Baking Company Facebook Meltdown to learn what else you should avoid.

Nobody puts companies on blast quite like the folks over at Unbounce. If you haven’t checked out their regular blog posts featuring top marketing fails, you’re seriously missing out. Here are some of my favorite fails they’ve discovered, along with commentary. 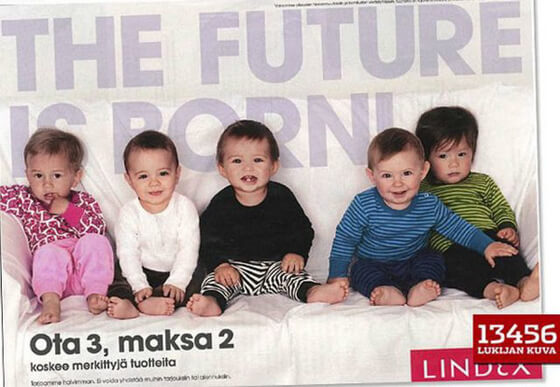 Danielle’s Thoughts: Looks like I’ll be borrowing Dr. Brown’s DeLorean to get this straightened out. The lesson: even the smallest details can have a huge impact. Pay attention to the little things – they have the potential to completely change your message. 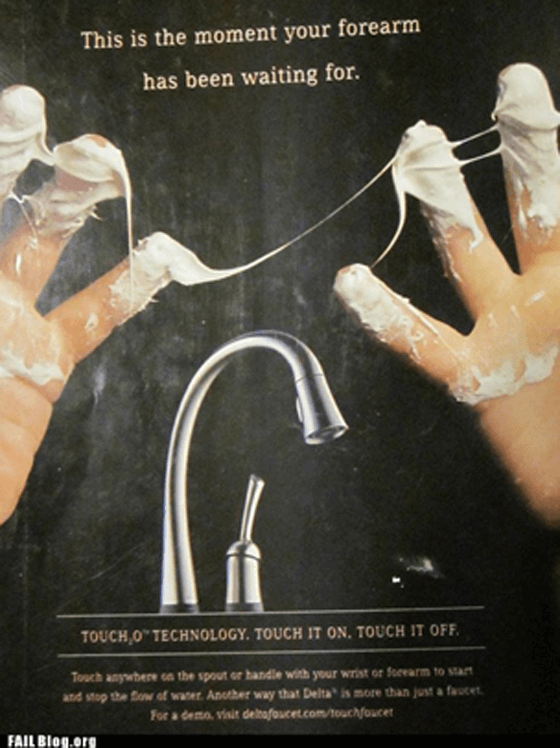 Danielle’s Thoughts: For the first time in my entire life, I can truly say that I am at a loss for words. If this was done intentionally, then congratulations for getting everyones’ attention. Unfortunately, I’m not sure if anyone remembers you as the folks with awesome faucets, but rather the folks with the most ridiculous ad. The lesson: 15 minutes of fame only lasts 15 minutes. Get people talking about your product for the right reasons. 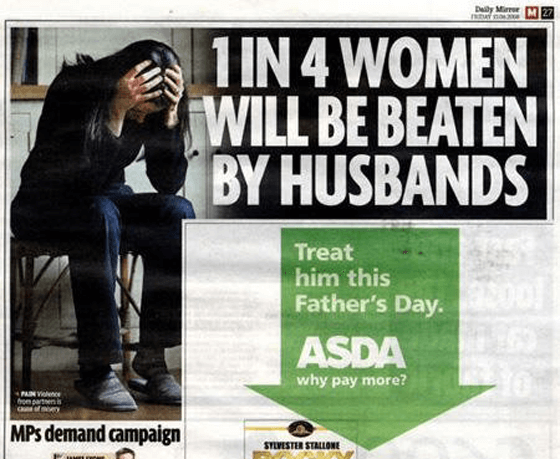 Danielle’s Thoughts: There is something to be said at looking at the big picture. While things may look amazing standing alone, as you can see from the image above, the same can’t be said for when they are put together. Take a second to step back and view your work in it’s entirety. Also, a lesson I have learned personally is to always have someone else proof read your material. When you’ve spent so much time putting something together, you often miss some critical mistakes. So do yourself a favor and get a friend or a coworker to proof read everything and anything that is important. 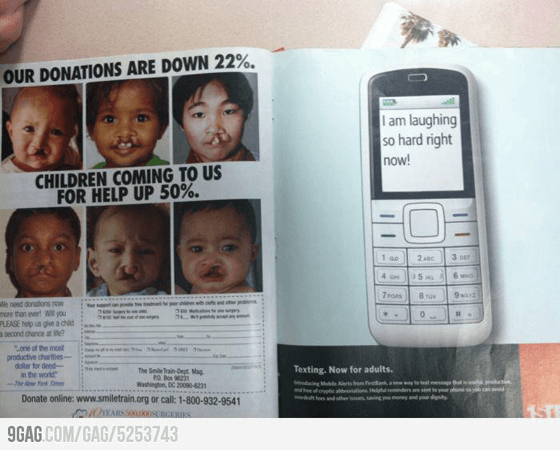 Danielle’s Thoughts: I bet this cell phone company wasn’t laughing so hard when they realized their money was wasted on this ad. This is another case of missing the big picture. Another takeaway is the importance of being nit-picky when reviewing. Think of every single possible way something can be interpreted – if there is even a slight chance that your message could be taken the wrong way, you might consider changing your delivery. 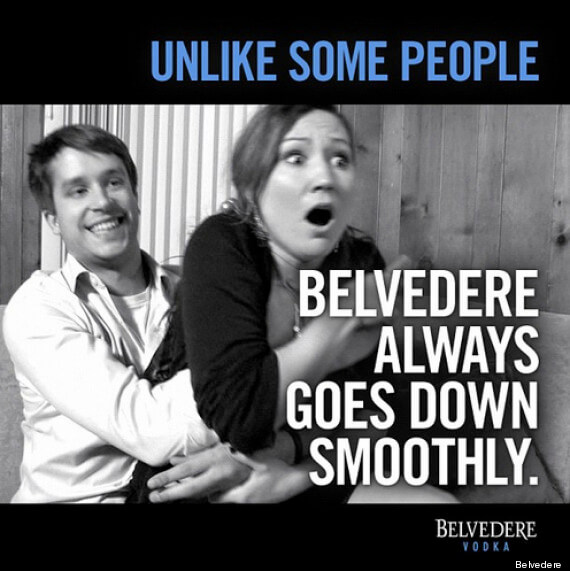 Danielle’s Thoughts: The advertising team at Belvedere must have been drunk when they came up with this idea. It’s the only logical explanation for such neglect. Again, this reinforces the “think of the worst possible interpretation” lesson. It’s especially best to avoid anything that even remotely suggests very touchy subjects, such as the one above.

There you have it, some of what I consider to be the creme de la creme of marketing fails. Sometimes we all need a little reminder of how awesome we are at our jobs – and what better way than seeing how bad others have been at theirs?

What are some of the best marketing faux pas you’ve come across? Let me know in the comments below!