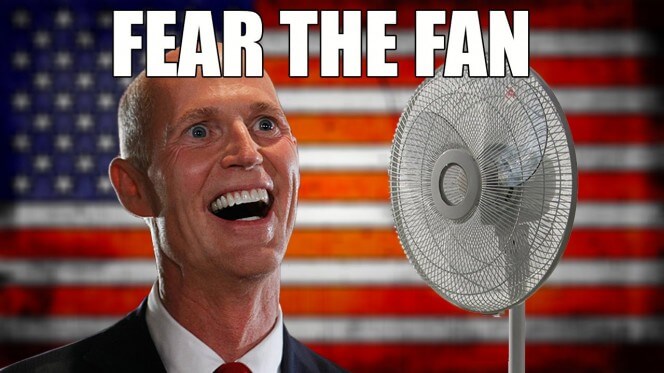 The 2014 Florida Gubernatorial Race is not only close, expensive and plain old dirty politics, but has come to provide us with quite the collection of soundbites. For starters, please tell me you’ve heard about ‘Fangate’. If you haven’t, watch The Daily Show for a complete synopsis. Seriously. I love it. While every political race is competitive, this one is a data geek’s dream come true, especially on social media.

For my analysis, I used Rival IQ to build a Florida Gubernatorial Race social media landscape. While typically a competitive landscape has five or more organizations, I chose our three key players Rick Scott, Charlie Crist and Adrian Wyllie.

I purposefully added the Libertarian candidate, Adrian Wyllie, to the analysis. Based on current polling numbers, I doubt Wyllie has any chance of winning, but I wanted to see how Fangate influenced his performance. Plus, I like his social media style (more on this below).

Rick Scott has the most social media followers.

So, which social platforms are the various campaigns active on? Well, this chart really surprised me.  Even though majority of the voters are on Facebook, all the candidates are, by-far-and-away, focusing heavily on Twitter, which is only a fraction of their audience. Notice how Wyllie is the most active of our three candidates — interesting, right?

Ok, this is all interesting, but how are we going to relate this to Fangate? Well, here it is. Wyllie has started DOMINATING social media since Fangate. Not only is he the most active in terms of posting, but he has an almost 2x better engagement rate with his (smaller) audience than the other two candidates in October. 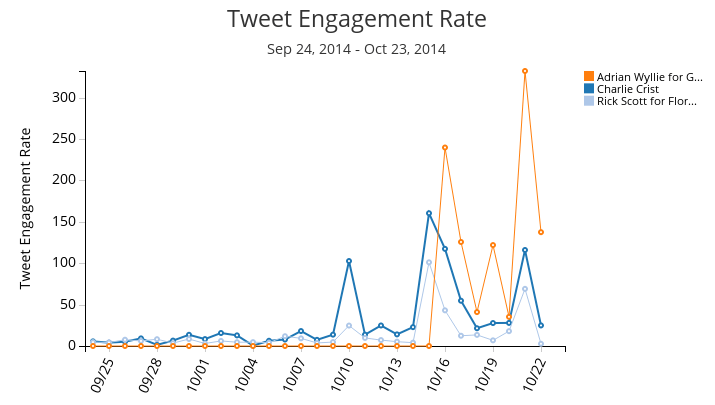 I should note here that Rival IQ defines two types of engagement, Total Engagement and Engagement Rate.  Total is just as it sounds, the pure number of interactions a profile receives during a certain time period.  Engagement Rate, however, takes total interactions and divides that by per thousand followers, so you get a more comparable metric when analyzing profiles with big differences in follower numbers. 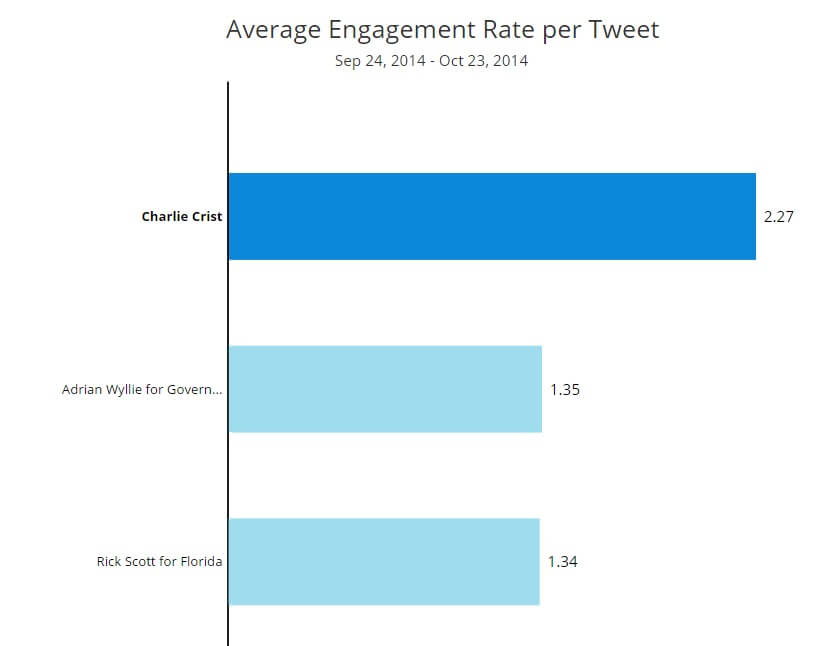 So, what is Wyllie posting that is so good? This one has to be my favorite:

Well played. Tweets similar to this one have helped Wyllie gain traction in the twittersphere and grow his audience. Now if only we could get his team to use #WyllieForGov (which he has thrown around on Twitter) consistently.

So, can social media change the direction of Florida’s Gubernatorial Election? Here are my conclusions:

Ever meet one of those always interested, enthusiastic people? That's Adam, and he's always bringing it. Plus, he runs, he bikes, he codes, and he asks hard questions — though not necessarily in that order. Originally from the Northwest, Adam joins Rival IQ from PayScale, where he was into everything (not surprising). While not at work (or running or biking), Adam is probably hanging with his wife and daughter.