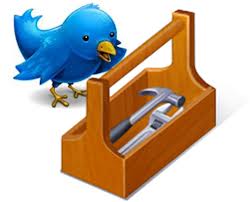 Managing your company Twitter account can be an overwhelming and time consuming task. Fortunately, the hundreds of Twitter tools that keep popping up make being active on Twitter a much easier and pleasant experience. After testing out what feels like a million different tools, I’ve rounded up a nice list that will cover the three major components of being successful on Twitter: determining who to follow, managing your tweets, and analyzing your progress.

When I first started building Rival IQ’s Twitter presence, one of the most challenging and frustrating tasks was figuring out who to follow. Should we follow people that would benefit from our product? Should we follow influencers who could spread the word of our product? If so, how do I find these people? Before I could let my frustrations get the best of me, I decided to reach out to a bunch of marketing friends to find out how they deal with the dilemma. Their answer: tools.

If you’re looking for influencers to follow, look no further than Traackr. Traackr makes it quick and easy to find and engage with the most relevant influencers in your industry. Once you’ve selected and followed your influencers, Traackr displays all of their relevant content in one place – and to make things even more simple and amazing, you’re able to share and comment on their content right from inside the app. 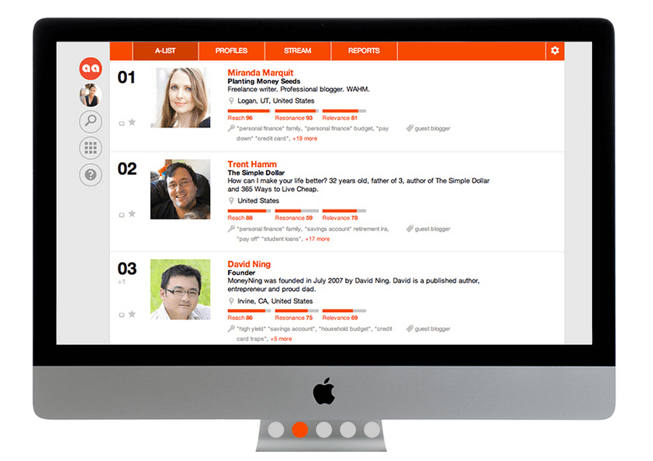 If you’re looking to build relationships with influential people, Traackr is the tool for you. To read more about Traackr’s many feature, be sure to visit their website.

Socedo is a lead generation tool I was introduced to by one of my coworkers. Socedo lets you turn Twitter into a lead generation machine! The system will find prospective customers that are most likely to buy from you based on their Twitter profile and conversations. After a prospect is identified, Socedo uses marketing automation tactics to engage via Twitter and push the lead into your pipeline. 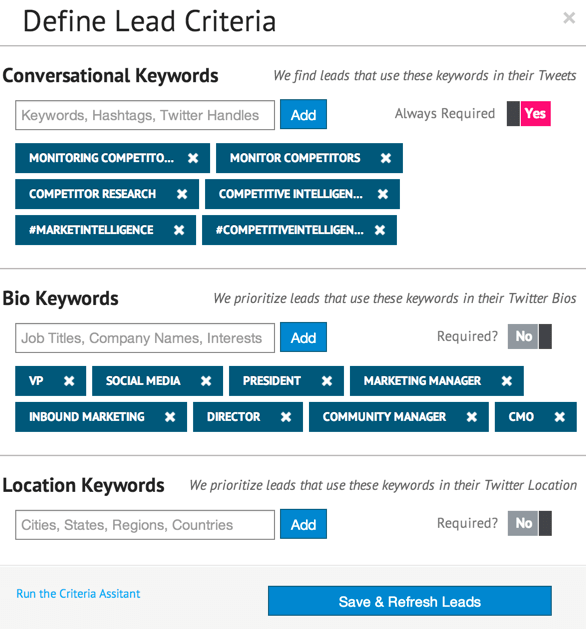 The tool is easy to use, effective, and the marketing automation takes the busy work out of equation. I really suggest taking Socedo for a spin (plus, the first 30 days are free!).

Last month I sat down with a friend who recently accepted a community manager position at a local Seattle startup. About half way through my pumpkin spice latte (yum!), my friend started his rant on how frustrating it is to have to constantly worry about Tweeting throughout the day. Somehow, nobody informed him that there are ways to schedule and manage your tweets. He’s very lucky to have an awesome friend like me, because by suggesting the tools I’m about to share with you, my friend’s job has become much less annoying.

Let me introduce you to a gift sent down from the Twitter Heavens. In all seriousness, this is the tool I use the most for managing Rival IQ’s Twitter presence. Buffer offers an easy way to schedule content on all your social media profiles. Each time you come across an interesting article, blog post, recipe, picture, etc. just click the Buffer bookmarklet and it will magically be added to the queue. You can go into the app and create a set schedule for the days and times you’d like to post throughout the week, so you can be rest assured that you’ll have a strong Twitter presence 24/7.

Buffer’s free plan allows you to manage one Twitter, LinkedIn, and Facebook account with a maximum of ten updates in your buffer at a time. For ten dollars a month, you can manage twelve social profiles, add two additional team members, and have an unlimited number of posts in your buffer. Trust me, it will be the best ten dollars you’ve ever spent.

Tweet Deck is a Twitter management tool that lives in your desktop or your browser. My favorite feature and the main reason I use Tweet Deck, is the customizable columns. With columns such as interactions, mentions, timeline, messages, and lists, Tweet Deck’s clear interface provides you with the “big picture” of what’s going on in your Twitter world. 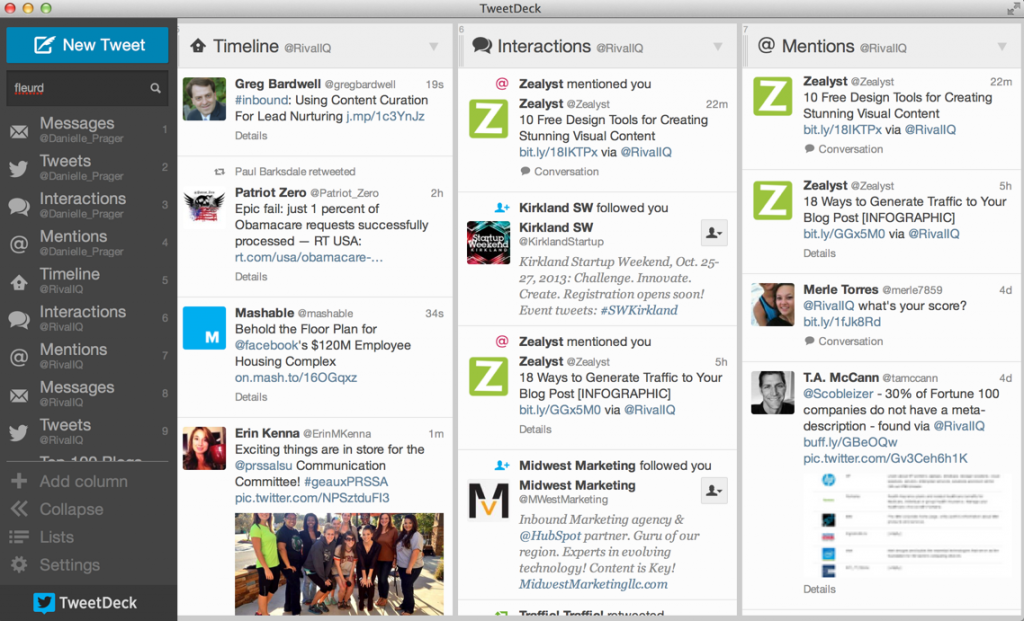 Additionally, you can create filters, schedule your tweets, and monitor and manage an unlimited number of accounts. Tweet Deck combined with Buffer is a match made in Twitter heaven – and the best part – it’s 100% free!

What’s the point of being active on Twitter if your efforts aren’t paying off? That was a trick question – there is no point. It’s important to monitor your progress to see if all your hard work is moving you one step closer to Twitter stardom. These tools are a great way to analyze whether or not your tweets are getting seen, retweeted, and favorited.

You may have already heard of bitly for it’s link shortening abilities – but did you know you can also track how many times your link gets clicked on? This is how I use bitly, and I encourage you to give this method a try. First, I shorten my link into a bitly link so it looks less obnoxious (plus, it takes up less of my 140 precious characters on Twitter). Then I sit back and relax as people click, or don’t click, on the link I posted to Twitter. Lastly, around three or four days later, I check to see how many clicks my link got. At this point I either decide whether I should be posting similar content (if I got a lot of clicks), or if I should never post similar content again (if nobody clicked my link).

One of my last posts on marketing fails yielded 87 clicks from the unique bitly link. This number is higher than some of my other posts. With this information, I came to the conclusion that a marketing fails part 2 should be on my list of future blog posts.

One of the main perks of working at Rival IQ – I get to use the tool to make my job easier! One of my favorite ways to use Rival IQ is to track how much engagement my posts get. All you have to do is add your company, and we do the rest for you! My first step in the process is getting the “big picture”. How are my attempts on Twitter comparing to my competitors? Where are my peaks and troughs? 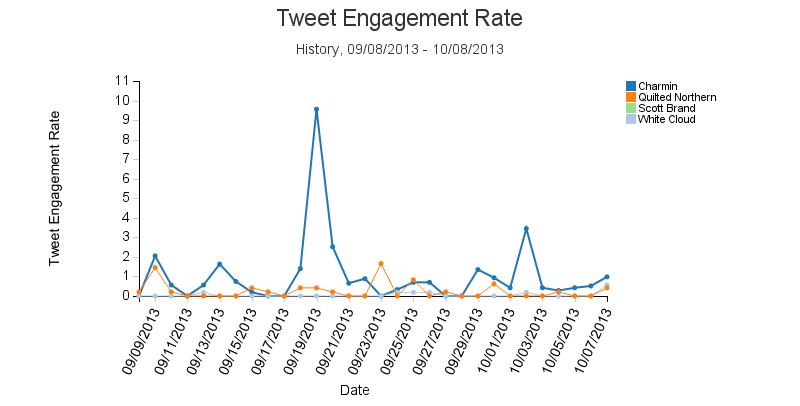 Once I’ve determined where I was crushing it on Twitter and where I was being crushed, I look to see which tweets received the highest engagement.

Seriously the best hashtag ever created for a toilet paper company. Anyways, you can see that this tweet got retweeted 65 times and favorited 38 times. It also shows that it was 9.2x more engaging than the tweets in their landscape (their competitors). By looking at these numbers, Charmin should continue posting quirky and funny tweets, combined with equally awesome hashtags.

We all know that Twitter is a game charger for business, but we’ve also experienced the frustrations that can go hand in hand with being active on this channel. Fortunately, with the right tools in your arsenal, Twitter can be a much more pleasant experience. Let’s do a little recap of the tools we covered today.

I hope these tools make your journey on Twitter less time consuming and more enjoyable. What are your favorite Twitter tools? Be sure to share in the comments below.