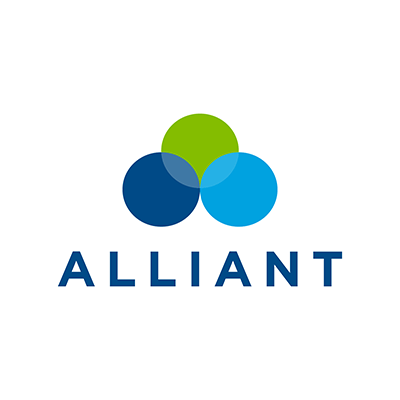 Alliant Credit Union is one of the 10 largest credit unions in the United States. Founded in 1935 and headquartered in Chicago, Illinois, it has grown to serve over 350,000 members nationwide. Using Rival IQ, Alliant Credit Union has been able to enhance their social strategy, engage their audience, and celebrate successes.

Credit unions face a unique challenge to engage and satisfy member-owners, ensuring that their relationship with the credit union deepens. For Alliant, social media has become an essential part of their communication strategy, helping them to engage their members and foster a sense of community.

They rely on social to educate customers, celebrate member successes, build brand awareness, and grow their membership. In 2016, the Marketing and Digital Strategy Team understood that to get more out of social media, they needed to invest in tools to better understand their competition.

After evaluating several tools, the Alliant team landed on Rival IQ. “All the pieces fell into place with Rival IQ,” says Maggie Tomasek, public relations & social media specialist, “it’s user-friendly, easy to set up, and would serve us beyond a competitive audit”. Tomasek and team have been able to utilize the platform to report each month on the competition and draw insights that are directly reflected in the Alliant editorial calendar.

The team also relies on Rival IQ to report on their own performance, making it easier to find exactly what they need versus using native social tools. Rival IQ has become a part of their planning and strategic exercises as the team learns how to engage their audience more effectively.

“With Rival IQ’s Facebook Insights, it’s easier to search, customize, and create an impactful social report,” said Maggie Tomasek, public relations & social media specialist at Alliant Credit Union. “My favorite feature is the breakout social post alerts. Seeing when our own social post has taken off is cause for celebration and it lets us keep tabs on our competitors’ most successful content.”

Each month as the team builds the editorial calendar they extract insight from their competitors to determine how to improve their approach. The insight has lead to dramatic changes for Alliant. By refining their social strategy, the team has increased engagement per tweet by over 130%. Along with the competitive view, Tomasek looks to Rival IQ to dive deeper into Facebook data. She’s been able to translate that knowledge into doubling Alliant’s Facebook reach – no small feat. “With Rival IQ’s Facebook Insights it’s easier to search, customize, and create an impactful report,” said Tomasek.

For long-term strategy, the team expanded their use of Rival IQ to look at brands that leverage social media well. Most recently the team expanded onto Instagram. With Rival IQ, they were able to do the research and learn from the best. They’ve used it to get a sense of what growth would look like, what posting tactics brands use, and how they could make changes to get the biggest impact.

The alerts have helped Tomasek educate her team, both on their competitor’s tactics but also on their own performance. “My favorite feature is the alerts,” says Tomasek, “seeing when our own social post has taken off is cause for celebration”. Since the team is constantly testing new content, tactics, and strategic opportunities, the alerts resonate and provide affirmation.